Locsin: PH can turn to US if there’s ‘clear act of aggression’ in South China Sea 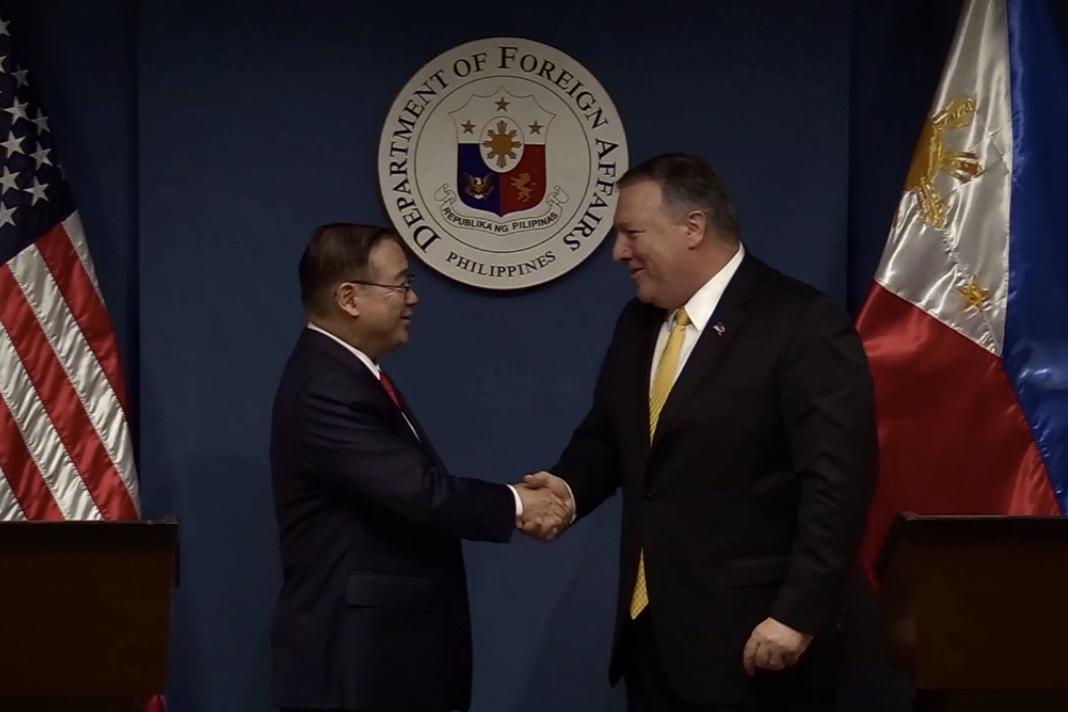 MANILA, Philippines — Foreign Affairs Secretary Teodoro Locsin Jr. said the Philippines can turn to its “only military ally” the United States should there be “a clear act of aggression” in the South China Sea.

In an interview, Locsin apparently went back to the assurance made by US in March that it would support the Philippines should there be any “armed attack” in the disputed marginal sea – the second most used sea lane in the world.

“We can turn more to our only military ally,” Locsin said over CNN Philippines on Tuesday when asked about what the Philippine government can do aside from filing diplomatic notes to China over alleged incursions in the internationally significant waterway.

Earlier, the country’s top diplomat said US remains the “only military ally” of the Philippines.

US Secretary of State Mike Pompeo in his visit to Manila last March 1 said the US government’s “commitments” under the US-Philippines Mutual Defense Treaty (MDT) “are clear, our obligations are real, the South China Sea is certainly part of an important body of water for freedom of navigation.”

“We…get clearer understanding with our only military ally, ‘What happens if this actually escalates into a clear act of aggression?’” Locsin said during the interview.

The US-Philippines Mutual Defense Treaty (MDT) was signed in 1951, which some Philippine officials said should be reviewed. But Locsin believed there won’t be any need to review the treaty.

The foreign affairs chief said the government is “assured” and “confident” on the guarantees that US has given the Philippines in relation to the protection of Philippine interests in the South China Sea.

“We are very assured, we are very confident that the United States, as in the words of Secretary Pompeo and the words of President Trump to our President, ‘We have your back’,” Locsin said in a joint press conference with Pompeo in March.

According to Locsin, he could not exactly remember how many times he issued notes verbale or diplomatic notes to China but could say that 10 is “a modest sum.”

“Every incident reported to me by the task force of the armed forces is a subject of a note that I sent out,” he said.

“I just don’t wanna make a fuss about it because, one: it’s supposed to be between us. If it should ever come to a foreign tribunal then I can say we never yielded, we never consented by silence,” he added.

Just recently, Locsin said the Department of Foreign Affairs (DFA) would be taking “legal action” against China over the reported harvesting of giant clams in the Scarborough Shoal.

“We took the…report of the national task force on the West Philippine Sea, we said this is verified by us, we protest this, this is illegal and in fact you’re also violating conventions on environmental protection… for which we can take legal action,” Locsin said.

However, he noted DFA has yet to receive a response from China.

“We haven’t gotten a reaction yet as far as I know,”Locsin said. /kga