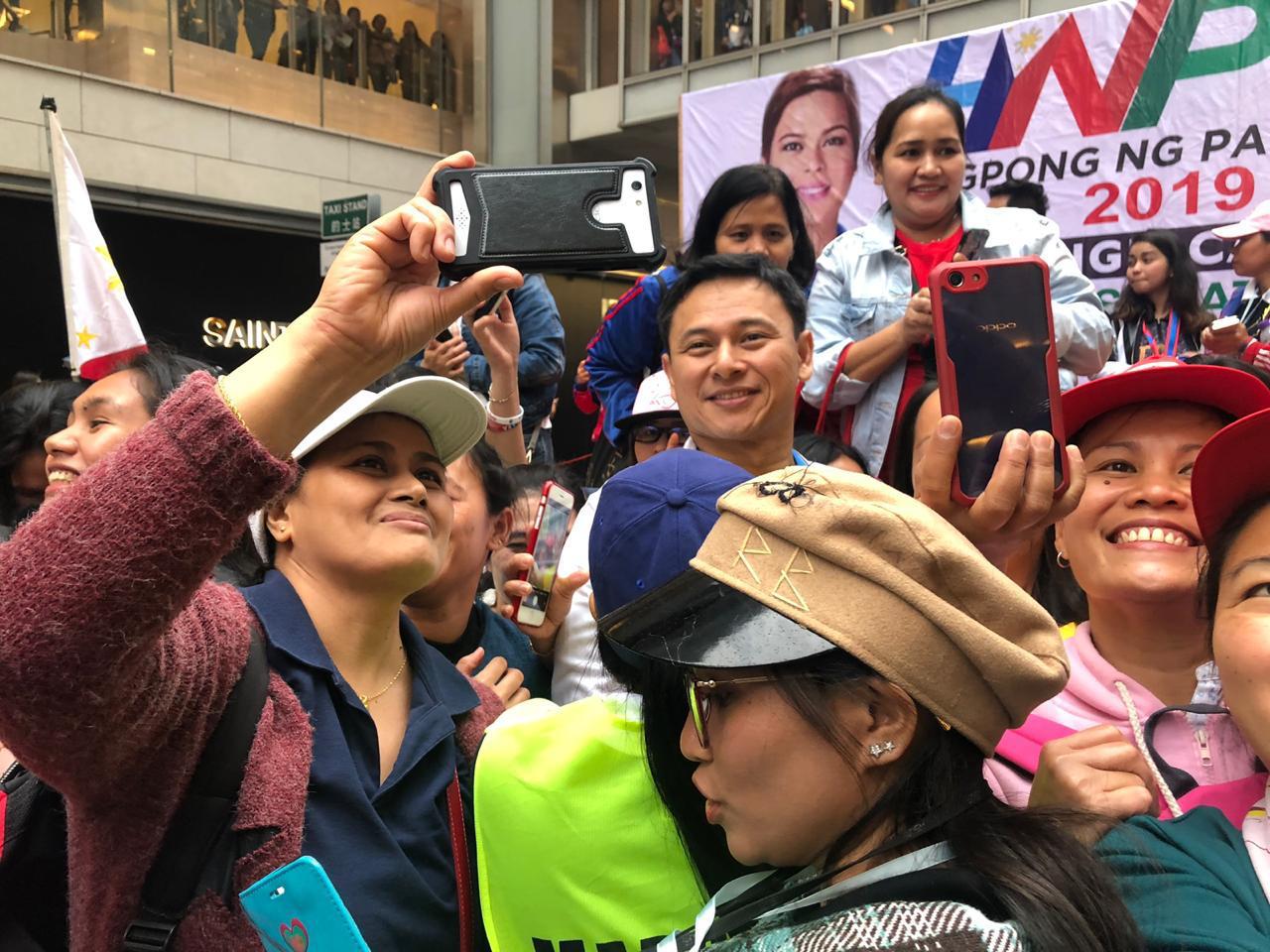 The senator, who is enjoying a top-seeded position in surveys for the coming May elections, is also continuing a family legacy of championing OFWs established by his late father, Senator Ed Angara.

The elder Angara had previously served as the primary advocate and author of the Overseas Absentee Voting Act of 2002 (RA 9189). He also authored key amendments to the Migrant Workers and Overseas Filipino Act of 2009 (RA 10022) which mandated compulsory insurance coverage for departing OFWs.

Senator Sonny has repeatedly cited his father’s efforts to assist OFWs as an enduring inspiration for his own legislative career. He himself has authored or pushed for the passage of five landmark bills.

These are the Expanded OWWA Law which established the OWWA as a national government agency; the “Tax-Free Balikbayan Box” Act that provided a tax exemption ceiling for OFW balikbayan boxes not exceeding P450,000 a year; the 10-year validity of Philippine passports; the Seafarer’s Protection Act protecting OFWs from unscrupulous lawyers, doctors and other professionals; and the Personal Equity and Retirement Account (PERA) Act of 2008 which he worked together with his father to set up voluntary retirement savings account program for OFWs for their retirement.

Angara has also forwarded his 2019 budget initiatives in the form of the DOLE Emergency Repatriation Program that has earmarked P100 million for the quick evacuation of OFWs serving in crisis-prone areas, and the DOLE (POEA) One Stop Service Center for OFWs which has received P5 million. Another P 32.69 million goes to the DOLE (PRC) as staff support for Service Centers and One-Stop OFW services.

Further down the road, the senator is planning to refile the Magna Carta of Seafarers which institutionalizes the rights of Filipino seafarers. Among other benefits, it seeks to create social welfare attaches in countries with high numbers of OFWs, lower remittance costs, greater OFW financial literacy, and to promote job opportunities in the Philippines. It is Senator Angara’s overarching goal to establish those opportunities at home so that workers don’t have to leave the country for a decent livelihood.  /muf