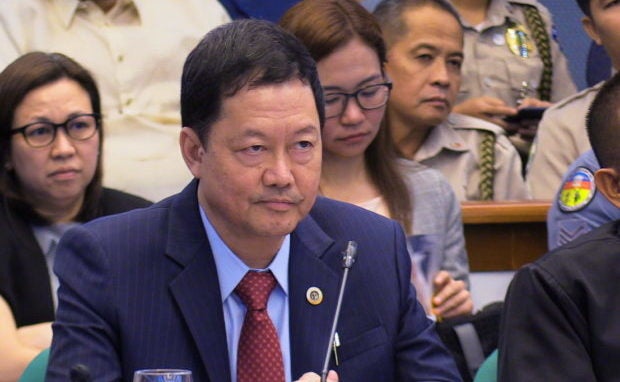 MANILA, Philippines — Solicitor General Menardo Guevarra on Wednesday said they are contemplating whether they must answer International Criminal Court (ICC) Prosecutor Karim Khan, who requested the continuation of the probe into the Philippines’ bloody campaign against illegal drugs.

But he also assured the public that whatever the ICC Pre-Trial Chamber’s decision may be, the government will avail of legal remedies available to it, both domestic and international.

“The Office of the Solicitor General is presently considering whether there is a need to reply to the prosecutor’s response,” Guevarra said in a statement.

“Regardless of the Pre-Trial Chamber’s ruling, however, the Philippine government will avail itself of all legal remedies, both domestic and international, even as it vigorously pursues its own investigation and prosecution of crimes committed in relation to the government’s so-called war on drugs, all within the framework of our own legal and judicial system,” he added.

Guevarra explained that the ICC has not decided yet on the request of the government against the reopening of the investigation into the so-called drug war. He asserted that what has been published was merely the reply of Khan, who previously had asked the ICC Pre-Trial Chamber to continue with the probe, after it was suspended last November 2021 based on the request of the Philippine government.

“The ICC Pre-Trial Chamber has not ruled on the Philippine government’s request to deny the ICC Prosecutor’s motion to resume investigation of the Philippine situation,” according to the solicitor general.

“What was published recently was the ICC prosecutor’s response to the Philippine government’s position on the issue,” he added.

ICC has been asked to investigate the human rights situation in the Philippines, after victims of the brutal government campaign against illegal drugs filed crimes against humanity complaints against former president Rodrigo Duterte and other enforcers of the so-called drug war.

According to the complainants, Duterte is behind the systematic killing of thousands of people under the guise of an anti-drug campaign. The drug war, which included “Oplan Tokhang” where police officers would visit homes of people accused of being involved in the drug trade, started upon the assumption of Duterte into the presidency in 2016.

The government’s official data as of May 31 showed that 6,252 drug suspects died during legitimate anti-drug operations. But the complainants insisted that the true number could be anything between 12,000 to 30,000 casualties.

READ: Karapatan doubts if rights would be respected in ‘tokhang’ vs leftists

Duterte and officials of his administration have maintained that the ICC has no authority over the Philippines because the country has withdrawn from the Rome Statute since 2018. However, former ICC prosecutor Fatou Bensouda said the United Nations-backed global court still has jurisdiction over cases that happened before the Philippines’ withdrawal from the treaty.

Bensouda was behind the formal request for a probe on the Philippines human rights situation before the ICC Pre-Trial Chamber.

In September 2021, the ICC Pre-Trial Chamber authorized the start of the investigation on the drug war. But it was stopped after the same panel granted the Philippine government’s request for suspension of the probe on the reason that the country’s justice system is fully functional.