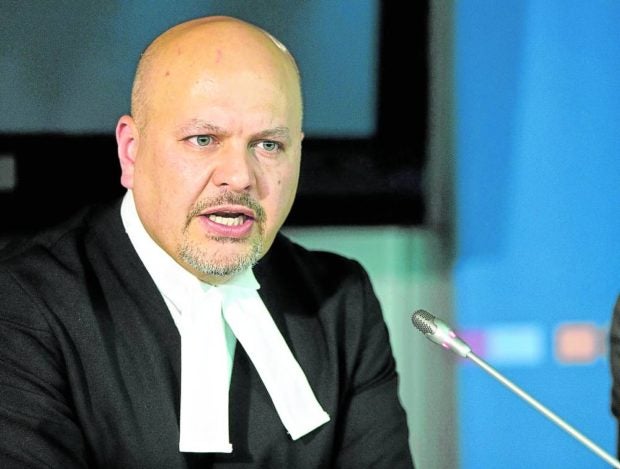 MANILA, Philippines — Prosecutor Karim Khan of the International Criminal Court (ICC) has rejected the request of the Philippine government to stop the resumption of the tribunal’s investigation of deaths related to the Duterte administration’s drug war and Davao Death Squad killings in the Philippines.

In its request to the ICC, the Philippine government cited three reasons — lack of jurisdiction, admissibility, and complementarity.

But Khan, in a 21-page response dated Sept. 22 and sent to the ICC Pre-Trial Chamber (PTC), rejected the arguments, saying: “The Prosecution respectfully submits that none of those arguments have merit.”

According to Khan, the Philippine government did not demonstrate “that it has conducted or is conducting national investigations or prosecutions that sufficiently mirror the investigation authori[z]ed by the Chamber.”

“The GovPH argues that its criminal justice system generally functions well, and that certain administrative and other mechanisms may or can result in criminal proceedings. However, nothing in the observations nor in the hundreds of pages of associated annexes substantiates that criminal proceedings actually have been or are being conducted in anything more than a small number of cases,” Khan said.

Furthermore, Khan explained that the Philippine government did not conduct criminal investigations on the killings related to the Duterte administration’s war on drugs.

“Although the GovPH has provided updates on a small number of criminal proceedings (most of which were already known to the Prosecution and addressed in its request to resume the investigation), the substantiated cases remain 1) very few in number compared to the total number of alleged killings, 2) focused overwhelmingly on low-ranking police officers and physical perpetrators, with no apparent investigation of higher-level perpetrators, and 3) framed in terms of ‘isolated instances’ without inquiry into larger patterns of conduct or underlying policy,” he said.

“For all of these reasons, the Prosecution submits that deferral is not warranted, and respectfully asks the Chamber to order the resumption of the investigation,” he added.

As of May 31, the government said 6,252 drug suspects have died in legitimate anti-drug operations.

Many human rights groups, however, claim that the actual number of individuals slain during the drug war can be between 12,000 to 30,000, including the UN Office of the High Commissioner for Human Rights (OHCHR), which found that at least 8,600 died in the drug war as of March 2020.

A University of the Philippines (UP) study released on July 23, 2021, even revealed that the drug war had killed an estimated two people each day.

Marcos: ICC welcome only if ‘system collapses’ or ‘we have war’