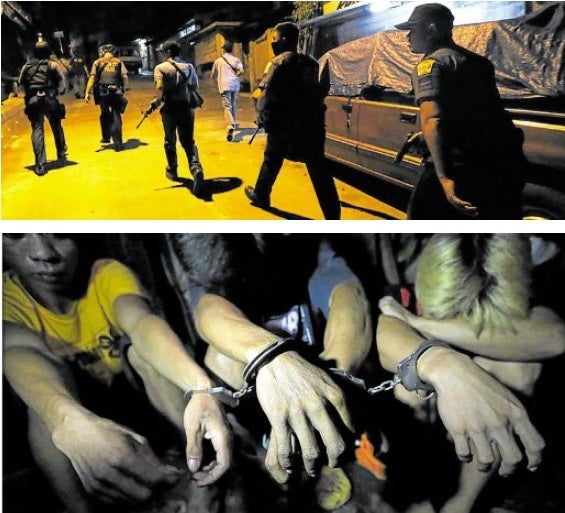 MANILA, Philippines — Human rights lawyers who accused President Rodrigo Duterte of committing crimes against humanity appealed on Saturday to the chief prosecutor of the International Criminal Court (ICC) not to halt the investigation of the thousands of killings and other atrocities in the government’s war on drugs.

“We ask the ICC not to allow itself to be swayed by the claims now being made by the Duterte administration,” the National Union of Peoples’ Lawyers (NUPL), which represents some of the victims in the brutal anti-drug campaign, said in a statement.

The group urged ICC Chief Prosecutor Karim Khan to deny the government’s request for a “deferral” of the probe and proceed with a full-blown investigation of the drug war atrocities so as not to dim the “glimmer of hope” that the families of thousands of victims of alleged extrajudicial killings would still get justice.

On Nov. 10, the Philippine government, through its ambassador to the Netherlands, Eduardo Malaya, formally requested Khan to defer the investigation, saying the administration was already looking into allegations of extrajudicial killings and other atrocities in Mr. Duterte’s antinarcotics campaign and that the country’s justice system was working.

Malaya was essentially invoking Article 17 of the Rome Statute, the treaty that created the ICC, on the principle of complementarity, which means that the ICC may only exercise jurisdiction when national legal systems fail to genuinely prosecute crimes under international law.

To back his claims, the ambassador cited, among others, the ongoing Department of Justice (DOJ) review of 52 drug raids between 2016 and 2021 that resulted in deaths. The police have routinely explained that those were drug suspects who fought back against narcotics officers.

The government records over 6,000 people killed in the war on drugs since Duterte took office in June 2016. Human rights groups say the number is closer to 30,000.

On Nov. 18, Khan informed the Pre-Trial Chamber of the ICC, which authorized his investigation in September, that he had “temporarily suspended” the probe while the prosecution “assesses the scope and effect” of the deferral request.

“The Prosecution will, however, continue its analysis of information already in its possession, as well as of any new information it may receive from third parties, and actively assess the need for application to the Pre-Trial Chamber for authority to conduct necessary investigative steps for the preservation of evidence,” Khan said.

Acting presidential spokesperson Karlo Nograles said that the government’s “communication” to the ICC did not mean that it was dropping its position that the international court had no jurisdiction over the country.

“In any event, we welcome the judiciousness of the new ICC prosecutor, who has deemed it fit to give the matter a fresh look and we trust that the matter will be resolved in favor of the exoneration of our government and the recognition of the vibrancy of our justice system,” Nograles said.

Malacañang has argued that the ICC lost jurisdiction over the Philippines after Manila’s withdrawal from the Rome Statute became final in March 2019.

International law experts, including former ICC judge Raul Pangalangan, a former dean of the University of the Philippines College of Law, say that the ICC retains jurisdiction over international crimes committed in the country when it was still a party to the Rome Statute — from Nov. 1, 2011, to March 19, 2019.

The NUPL informed Khan that the Philippine justice system was “extremely slow and unavailing to the majority of poor and unrepresented victims” of the drug war.

“These domestic ‘remedies’ described by the Philippine ambassador in his letter have proven utterly ineffective in stopping wave after wave of drug-related killings, the imprisonment of thousands of poor Filipinos on questionable charges, and the commission of countless human rights violations during the anti-drug campaign,” it said.

“The reality is that impunity is the norm under President Duterte, which is why the ICC needs to investigate.

“Let’s hope the ICC sees through the ruse that it is,” he said.

Detained opposition Sen. Leila de Lima, one of the staunchest critics of the president, said the reasons presented by the government to defer the investigation “are all meant to further delay the ICC proceedings.”

She said the DOJ investigators were not expected to find the guilty parties because they had been receiving their orders from Duterte, “the very architect of the mass murders.”

The suspension of the probe was just part of due process granted to the Philippines by the ICC prosecutor, but those guilty of crimes against humanity “should not rejoice yet,” according to House Deputy Minority Leader and Bayan Muna Rep. Carlos Isagani Zarate.

“Those responsible may have delayed the proceedings for now, but they cannot forever avoid the long arms of justice from catching up with them,” Zarate said in a statement.

Both the NUPL and former Sen. Antonio Trillanes IV, who also filed a separate but similar case against Duterte in the ICC, said the government’s deferral request was an admission that the court had jurisdiction over the Philippines despite Malacañang’s assertions.

“So, in a few months, the ICC will also find out that it is just part of the cover-up of (President) Duterte and, therefore, we should expect it to resume its investigation,” Trillanes said.

NUPL President Edre Olalia said that by asking for a specific remedy provided in the Rome Statute, the government was “practically recognizing its jurisdiction.”

“It has obviously, but not surprisingly, changed tack from its previous position [to] deny, to deflect, to divert and now, to defer [the proceedings],” he said.

—WITH REPORTS FROM MELVIN GASCON, MARLON RAMOS, AFP AND REUTERS