Duterte does the inevitable, declares PH withdrawal from ICC 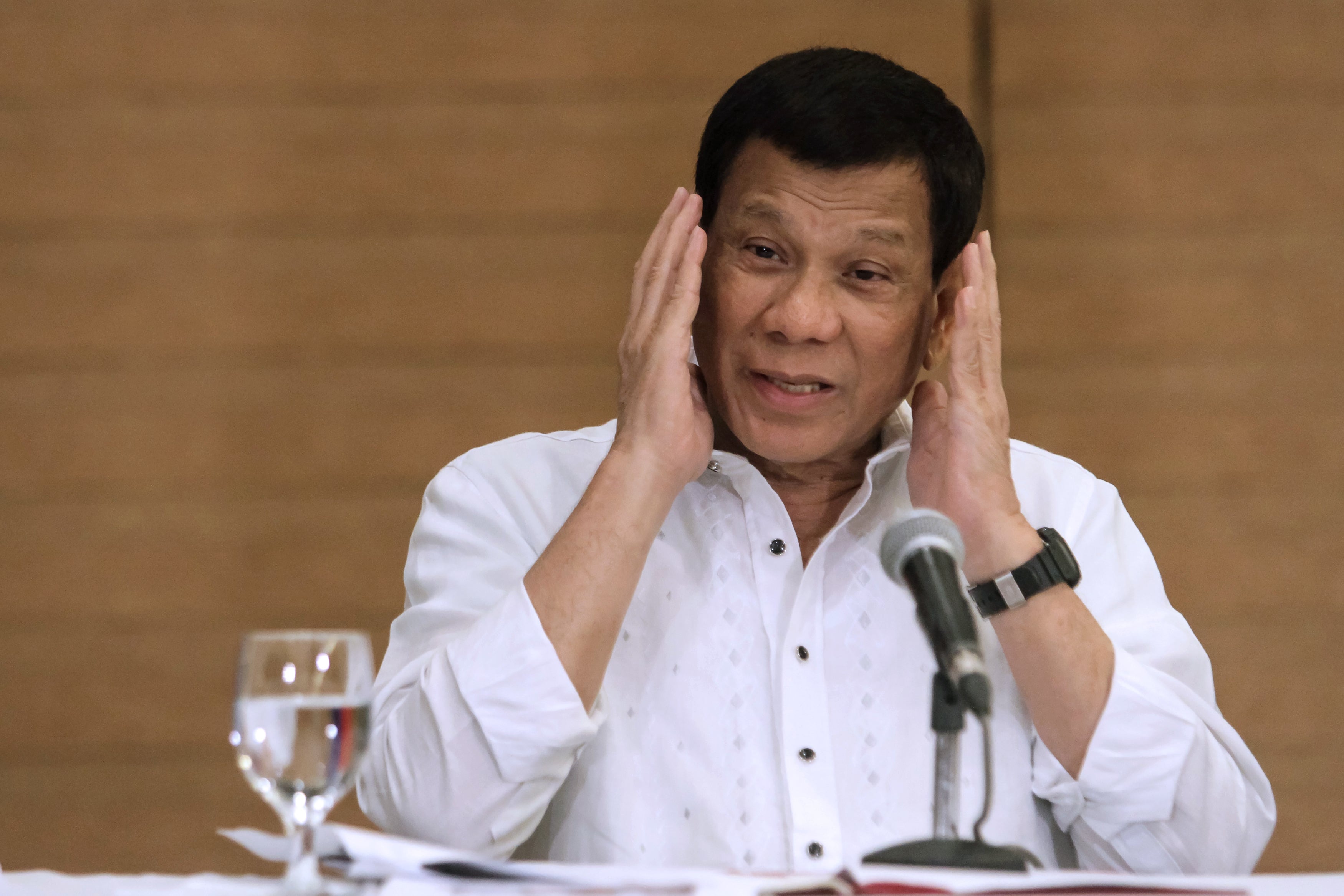 President Rodrigo Duterte has declared the Philippines’ withdrawal from the Rome Statute, the treaty that established the International Criminal Court (ICC).

“I therefore declare and forthwith give notice, as the President of the Republic of the Philippines, that the Philippines is withdrawing its ratification of the Rome Statute effective immediately,” Duterte said in a statement released to the media on Wednesday.

READ: IN THE KNOW: The International Criminal Court

He said there appeared to be a “concerted effort” between the United Nations special rapporteurs and the ICC special prosecutor to paint him as a “ruthless and heartless violator of human rights who allegedly caused thousands of extrajudicial killings.”

Duterte cited the “baseless, unprecedented and outrageous attacks on my person as against my administration, engineered by the officials of the United Nations, as well as the attempt by the [ICC] special prosecutor to place my person within the jurisdiction of the [ICC].”

“All these acts are in violation of due process and constitutional presumption of innocence,” he added.

Duterte also argued that the treaty, which the Philippines signed on Aug. 23, 2011, is not “effective nor enforceable” in the country because it was not published in the Official Gazette or in a newspaper of general circulation.

“An international law cannot supplant, prevail, or diminish a domestic law,” he said.

The President also argued that the acts committed under his term were not genocide, war crimes, or crimes against humanity, but a result of legitimate police operations.

“The deaths occurring in the process of legitimate police operation lacked the intent to kill,” he said.

Duterte explained that police officers were only acting on self-defense during operations.

“The self-defense employed by the police officers when their lives became endangered by the violent resistance of the suspects is a justifying circumstance under our criminal law, hence they do not incur criminal liability,” he added.

In a speech last week, Duterte said that the ICC could never acquire jurisdiction over his person, “not in a million years.”

“You cannot acquire jurisdiction over me not in a million years kaya ‘di ko sinasagot. Totoo ‘yan. Ayoko sabihin that has always been my weapon ever since. Shit. Maniwala ka diyan,” Duterte said.

The ICC in February launched a preliminary examination on Duterte’s bloody campaign against illegal drugs, which was believed to have killed thousands of suspected drug criminals.

The preliminary examination stemmed from the complaint of Jude Sabio, lawyer of Edgar Matobato, a self-confessed hitman of the Davao Death Squad, a vigilante group linked to Duterte when he was still mayor of Davao City.

READ: Will ICC ever acquire jurisdiction over Duterte?

It will determine if there is a “reasonable basis” to proceed with an investigation in accordance to the criteria established by the Rome Statute.

The ICC has jurisdiction on genocide, crimes against humanity, and war crimes.