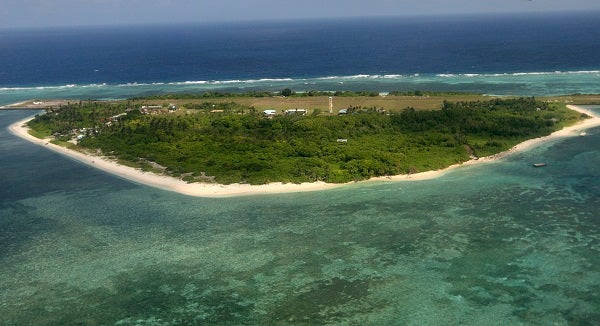 Presidential Spokesman Ernesto Abella on Wednesday said the Duterte administration would continue bilateral talks with Beijing over territorial disputes in the West Philippine Sea, but only if these negotiations fall within the bounds of an international tribunal court’s ruling.

“The Philippines continues along a diplomatic path to fully realize the EEZ (exclusive economic zone) rights granted by the Arbitration Court,” Abella said in a statement, adding that the tribunal’s ruling is non-negotiable.

“Engagement with China towards the peaceful resolution of the issue must be compliant with the Constitution, International Law and the rule of law,” he added.

On Tuesday, United States Senator Chris Murphy said on his Twitter account that President Rodrigo Duterte remained firm in his decision not to “trade territorial rights to China.”

“In Manila – just out of meeting w new Philippines President Duterte. Assured us he has no plans to negotiate w China over islands dispute,” said Murphy, who was part of a US congressional delegation that visited Duterte in Malacañang.

“We were first US elected officials to meet w Duterte. Says he will not trade territorial rights to China. Tribunal decision non-negotiable,” Murphy said in another tweet.

China has rejected to acknowledge the tribunal’s ruling but said they are open to resolve the dispute with the Philippines.

Duterte has earlier said the interests of the Philippines’ allies would be taken into consideration as the government eyes bilateral talks with China after winning the arbitration case.

“We do not also want to offend the United States. Why? Because we have identified ourselves allied with the Western powers,” he said in a speech during a testimonial testimonial dinner held in his honor at Club Filipino in Greenhills, San Juan City. Jaehwa Bernardo, INQURER.net trainee/RAM