Taiwan lawmakers, fishers to protest on ‘rock’ in PH EEZ 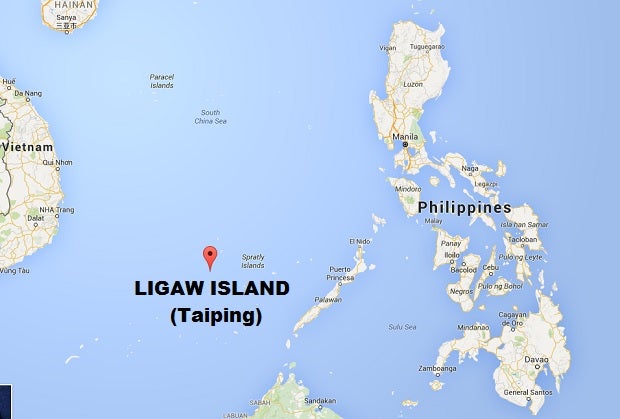 TAIPEI, Taiwan — Taiwanese lawmakers and fishermen were heading to an island in the disputed South China Sea Wednesday to protest an international tribunal ruling that undermined Taipei’s claims there.

Later Wednesday five fishing boats will also set sail to Taiping from southern Pingtung county over the perceived threat to fishermen’s livelihoods. Those boats will arrive in five days’ time.

The protests come after the Permanent Court of Arbitration in the Hague ruled last Tuesday that China has no historic rights to its claimed “nine-dash line” in the South China Sea and that it had violated the Philippines’ sovereign rights in the exclusive economic zone.

Crucially for Taipei, it ruled that Taiwan-administered Taiping, the largest island in the Spratlys chain, was legally a “rock” that did not give it an exclusive economic zone, undermining Taiwanese claims to waters surrounding the island.

Taiwan last week sent a warship to the South China Sea “to defend maritime territory”, with President Tsai Ing-wen rallying troops on the deck of the frigate a day after the ruling.

“The ruling is absolutely unacceptable. It is necessary for us to visit Taiping at this time to show the international community that it is an island, not a rock,” said KMT lawmaker Johnny Chiang who is heading the protest visit.

The lawmakers will watch a display of combat skills by the coastguard stationed on Taiping as well as facilities that show the island is self-sufficient.

Taiwan last year inaugurated a solar-powered lighthouse, an expanded airstrip and a pier, as part of efforts to strengthen defense capabilities on Taiping.

There is also a farm, water well, hospital and temple on the island.

Taiping island is 0.51 square kilometers (0.19 square miles) and most of its inhabitants work for the coastguard, which has about 160 staff there.

Each year about 200 fishing boats operate in the waters near Taiping island.

“Taiwanese fishing boats could easily be caught by the other claimants in the region once they sail to that area,” said Tsai Pao-hsin, chief secretary of Liuqiu District Fishermen Association in Pingtung.

“If it wasn’t to protect our livelihood, no fishermen would spend money and time to sail there to protest.”

The Spratlys are also claimed in part or whole by China, Vietnam, the Philippines, Malaysia and Brunei.

Taiwan’s government rejected The Hague’s ruling, saying it “severely jeopardized” Taiwan’s rights and has no legally binding force since the tribunal did not formally invite Taipei to participate in its proceedings or solicit its views.

Taiwanese authorities have said they would continue to send aircraft and ships for patrol missions to the region and expel any foreign boats that come into its 200-nautical-mile exclusive economic zone despite the ruling.