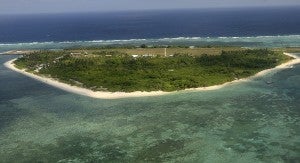 MANILA — China sees immediate resolution of the territorial disputes with the Philippines under the administration of presumptive president Rodrigo Duterte, particularly in exploring fishery agreement among claimants.

China Foreign Ministry spokesman Lu Kang said his government has been looking forward to “sound and stable development of China-Philippines relations” that would ensure regional peace and stability in the region.

“We hope that the new government of the Philippines can work with us towards the same direction, properly deal with relevant disputes, and bring the bilateral relations back to the track of sound development with concrete actions,” said Lu in a press briefing in Beijing, a transcript of which was posted in the Chinese Foreign Ministry website.

Chinese has admitted that bilateral relations with the Philippines have been strained and looks forward to a new chapter.

“As a Chinese saying goes, a good neighbor is better than a far-off relative,” said Lu.

The Philippines under the Aquino administration has refused to enter into bilateral negotiations with China, and instead resorted to elevating the case to the Permanent Court of Arbitration (PCA) in The Hague. Manila awaits the decision of the arbitration court where it questioned China’s nine dash line.

Philippine diplomats view China’s massive military buildup and activities in the disputed waters as retaliation for Manila’s decision to strengthen military alliance with the US in dealing with the territorial disputes.

“China and ASEAN countries have been in close communication on the relevant dispute, put differences under effective management and control, and maintained regional peace and stability and economic development,” said Lu.

Besides the Philippines, Asean countries with partial claims to islands in the South China Sea include Brunei, Malaysia and Vietnam.  SFM