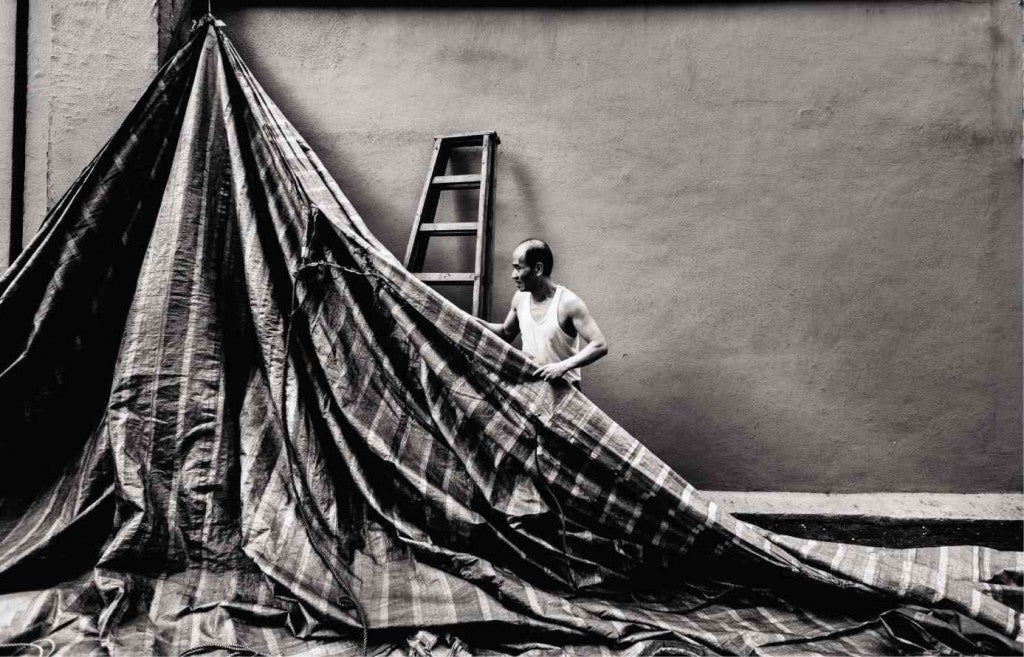 PHOTOGRAPHY BY BACANI A man prepares to open his stall for the night market on Temple Street in Mongkok District in Hong Kong. Her stunning B&W photos have brought acclaim to the Filipino domestic worker. XYZA CRUZ BACANI

But whenever she gets the chance to go out—even if it’s just for a quick trip to the neighborhood grocery store—Bacani grabs her camera and takes dramatic snapshots of this city’s vibrant street life.

Her stunning black-and-white photos have been featured by the New York Times and used by the Vogue Italia website. For the past three years, Bacani’s work has also been a finalist in National Geographic magazine’s competition in Hong Kong for best open documentary photo.

She has even been called a modern-day Vivian Maier, the legendary American photographer/nanny.

“I feel naked when I go out and I don’t have my camera with me,” said Bacani, a 27-year-old from Bambang town, Nueva Vizcaya province, who joined her mother here nine years ago to work as a nanny for the latter’s employer.

“You know, when I’m told to buy something at ParknShop (a supermarket chain), I bring along my camera. It looks stupid but I do it,” she said.

“My favorite pictures are those that I took when I didn’t go out on purpose to do a photo shoot,” she added.

Despite her humble background—she borrowed money from her employer to buy her first digital camera, and her family was once evicted from their home—she says she has found her passion and intends to pursue it.

“If you really want to be successful in photography, you should turn it into your lifestyle. It should become a part of your daily life like eating or taking a bath,” she said.

Uprooted from her home country, Bacani said photography serves as her “therapy” and considers it to be a protection against racism and discrimination.

“When I go out and shoot, I feel relaxed. It’s just me and my camera. I’m not an OFW (overseas Filipino worker). I’m not a domestic worker. I’m just a girl with a camera. That’s how I feel when I shoot,” she said.

“It’s not that I’m ashamed of being a domestic worker. In fact, I’m proud of my job. But you also can’t deny that there’s discrimination, judgment and stereotyping when you’re an OFW. So, photography for me is a protection against racism and discrimination,” she said.

Bacani now plans to document the plight of her fellow domestic workers and, through her pictures, tell their story.

“I want to make a project about the domestic helpers here and apply for grants and then give [the proceeds] to charity. I want to have a body of work that I know will help others,” she said. 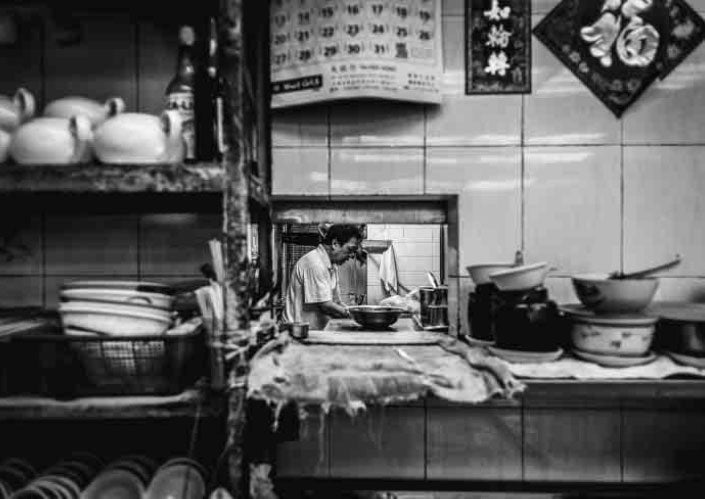 Grew up in poverty

Bacani said she knew what it feels like to grow up in poverty.

“We were poor. My mother likes to quip that her children are smart because we didn’t have the money to buy vetsin (monosodium glutamate, or MSG) for our food,” she said.

When she was around 6 years old, they lived in a house that was owned by a relative, unaware that it had been leased out.

“We learned about it on the day the new owners moved in. You know that feeling when you’re really down. We had to pack. We were told to leave that very moment,” she said.

Bacani got hooked on photography after attending photo exhibits in her school.

“I always attended [the exhibits] and was impressed by the photos. I told myself that when I get a job, I’ll buy my own camera,” she said.

But even after she came to Hong Kong to work as a domestic helper, she was not able to immediately realize her dream.

“Nine years ago, I asked my mother if she could buy me a camera but she told me that it was only for the rich. She said it was a luxury,” she said.

According to Bacani, initially she gave her entire salary to her mother to help support a brother who was studying to be a seafarer and a sister who wanted to be a teacher.

“Then I thought of borrowing money from my employer. I reasoned out to my mother that I had already done two years. I had already finished one contract. My mother agreed,” Bacani said.

“My employer has been such a blessing for our family because she never stopped helping us. My brother graduated as a seafarer and she’s helping him find work here with OOCL (the Hong Kong-based shipping and logistics company Oriental Overseas Container Line),” she said.

“My sister is studying education, and she says, ‘Let her come here and then go to Canada,’” she said.

But she said her employer is willing to help only her sister get to Canada, not Bacani or her mother whom the businesswoman wanted to remain in her employ.

With the money she borrowed from her employer, Bacani bought a Nikon D90 that was worth around HK$12,000 (about P68,000) and was delighted to finally be able to start taking pictures, starting with flowers and landscapes.

“After that, I began looking for something exciting. That’s the problem with me, I easily get bored. Then I read that street photography was hard. I said, ‘It’s hard? I like that.’ I like a challenge,” Bacani said.

Besides taking up photography, Bacani said she has learned to speak Cantonese, is currently learning to drive, while also planning to learn Japanese.

To sharpen her skills, Bacani reads the advice of expert photographers on the Internet, watches YouTube tutorials, and takes pictures whenever she can. 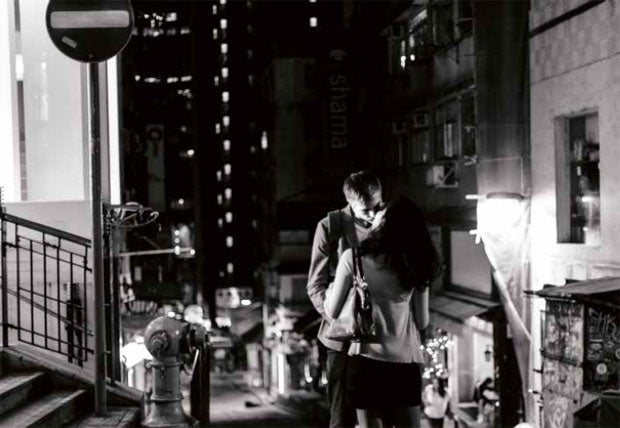 On her days off, Bacani would go around Hong Kong and shoot up to 800 pictures on her own. She likes to work alone as she gets “distracted” when she’s with another photographer.

“I feel like I am a stray cat. That’s how I call myself,” she said.

Bacani said she would take stolen shots of people, and sometimes this has gotten her in trouble.

“Street photography is candid and natural. Your subjects don’t pose for you because that would be portraiture,” she said.

“Once there was this elderly woman beggar who ran after me with her umbrella because she thought I was taking a picture of her,” she said.

Fly on the wall

Bacani said she deleted photos of people who noticed that she had taken their pictures and asked her that they be deleted.

“That’s the time you know that you’ve failed because they aren’t supposed to notice you. You’re supposed to be a fly on the wall,” she said.

Bacani has also joined the Filipino photographers group Daan on Facebook, and it was there that she met the award-winning photographer, Rick Rocamora, who has become her mentor.

“He thought that I was just another rich kid who had nothing else to do but shoot. He was really surprised when I told him what my job was. He began teaching me, sending me links to read. Actually, I have so much assignments from him that I need to do,” Bacani said.

“He told me that what he was doing was an act of kindness, that he hoped I would also do someday to someone else. It’s like a cycle of kindness that you would also give to others. That’s what I really like about him,” she added.

It was also Rocamora who led her to her big break after he forwarded her pictures to The New York Times.

After The New York Times did a story on her, Bacani said well-known, Hong Kong-based photographers contacted her, including Jonathan van Smit, who offered to give her two cameras for free after learning that her camera was broken.

Bacani said Hong Kong Foreign Correspondents’ Club also invited her to talk about displaying her work while Rocamora is planning to include her work in an exhibit next year at the University of the Philippines’ Vargas Museum in Diliman, Quezon City. 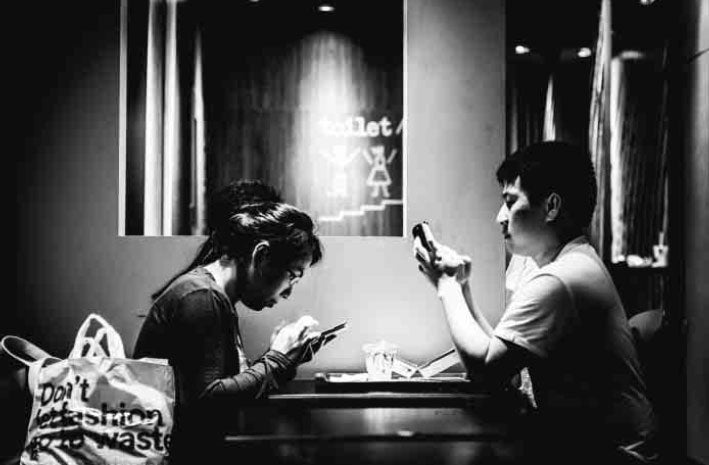 Wants to help other OFWs

And while Rocamora has compared her to Vivian Maier, Bacani downplays the comparison. Maier was a nanny for 40 years in Chicago whose work on street photography was largely unknown until a collector discovered her pictures in 2007, two years before her death at 83.

“I’m uncomfortable when compared to her because her work is up there, a different level from what I do. She’s already a legend, an icon. I also want to create my own name,” she said.

Bacani, who has invested her hard-earned money to buy a farm while her mother has put up a three-story house and an apartment, now wants to help her fellow domestic workers.

“They should strive to achieve their own personal goals. What I’ve noticed is that OFWs forget themselves and give everything to their family or relatives,” she said.

“They should be heroes first for themselves,” she said.

Keeping alive the stories of Yolanda in the Bay Area