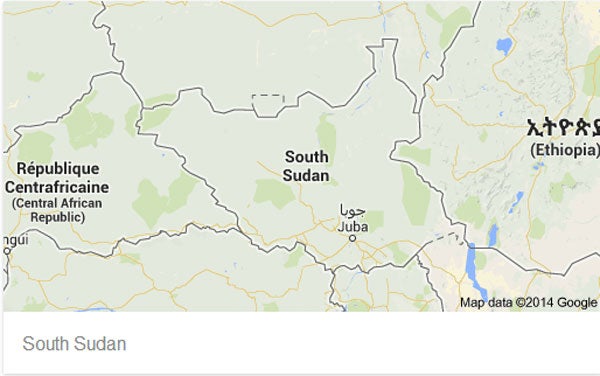 MABAN, South Sudan—I wanted to go where few doctors dared to go.  So here I am at the Doro refugee camp in Maban, South Sudan. In 2011, a conflict in the Blue Nile State in Sudan sent tens of thousands of refugees fleeing to this inhospitable land near the border of South Sudan. Two years later, over 40,000 refugees still live in this tent community.

This is my first assignment with Médecins Sans Frontières (MSF), also known by its English name, Doctors Without Borders. I admit I was a bit scared when I was sent off, even if I had already worked in East Africa and South America as an HIV/AIDS doctor with volunteering organizations like VSO and UNV. I have also had my share of harrowing scrapes on board a boat that served as an ambulance servicing the Balut Islands, Davao del Sur, when I was part of the Doctors to the Barrios program of the Philippine Department of Health.

But I also felt I was ready. And as always, my parents, brothers and friends supported me.

Working with MSF has been a longtime dream. I have known MSF since I was a child, watching their volunteer doctors on television with admiration as they were often at the forefront of many disaster relief and rescue operations, even in my own country. I had told myself, one day I will be part of MSF.

Straight after predeparture training in Denmark, my  work began in the Doro camp. It is a tent community, teeming with  refugees and numerous stray animals—dogs, chickens, goats, sheep and pigs. Donkeys are also used for local transport. We find it amusing to watch the pigs play with the dogs. But the dogs pose a threat of rabies. We have had a number of deaths due to rabies.

MSF runs a primary health-care center, which is around 15 minutes from our base camp. The center handles all kinds of diseases and conditions—respiratory tract infections, dehydration due to diarrhea, malaria and malnutrition. It also has a feeding center for severely malnourished children, a dispensary and maternity department. Night duties in the in-patient department are divided among six medical staffers working six days a week.  Night duty is always sleepless. We have an assigned tent to rest in, but ever since a thief stole our mattress, we no longer feel safe in it and stay away. We  sometimes hear gunshots or bombs going off  in the distance.

Our job not only entails diagnosis and management, but also empowering the local medical staff by giving them hands-on training, teaching rounds and medical supervision. There is a referral hospital, the Maban County District Hospital, run by South Sudan’s Ministry of Health, which is a 15-minute drive from the MSF clinic.

I have experienced lots of “firsts” in the Doro camp. I have been practicing as a physician for eight years, but it was only here that I learned to manage severe malnutrition.  I expected that my stint with the Doctors to the Barrios program would have somehow prepared me for this but, in truth, I had never seen such severe cases back home.    Dealing with severely malnourished children is more heart-wrenching though.

Let me tell you about a patient who broke our hearts. She was a 12-year-old, a beautiful child whom we admitted for severe acute malnutrition with coinfections.  We had a hard time convincing this child to allow us to put a feeding tube through her nose. It was necessary because she vomited everything she ate. She later agreed when she saw a cute 8-month-old patient smiling at her with a nasogastric tube. For three days, we rallied around her hoping she would make it. But we were realistic too, she was so far gone it would be a miracle for her to turn around. We managed her closely and followed protocol to the letter. Just when we thought she would survive—she even started talking to us—she suddenly died. I was devastated and, until now, it brings tears to my eyes remembering her.

Once when we were trying vainly to save another child from death, the patient’s parents comforted me, saying, “You did everything, and maybe you should stop saving our child because it is better off he goes in peace.”

They live in tents with no electricity. Mud floors are their sleeping quarters. They wear tattered clothes and  often go hungry when food rations don’t reach them.  Yet they manage to smile and shout at us “Kawaja! Kawaja!” (which means white person) as we pass by on the way to the clinic. They seem  so thrilled when we wave back at them. They run barefoot on the hot sand paths, oblivious to the dangers of scorpions and poisonous snakes. The refugees rely on food drops from the World Food Program but, with such a large camp population, some don’t get their share. One child who went to the bush to find food went missing and was later found dead. We get children at the clinic who suffered fractures because they climbed tall trees to get edible leaves or fruits.

Of course we’re also only human. We complain of how tired we are. We complain about the heat, the stink of our latrines and how insensitive some of our colleagues are. It’s also difficult to adjust to living with different nationalities in our base camp. But when we remind ourselves of the suffering of the refugees, we stop and become ashamed of our complaining.

Since the fighting broke out in their home state years ago, the refugees have known only camp life. But they have hopes and dreams like any of the volunteers here.  One patient told me: “One day I will be a doctor just like you.” Hearing words like that motivate us to do our best one day at a time; to save one life at a time. We know we cannot save everyone. In many ways, it is our refugee-patients who are also saving us because they remind us that every day there is hope in humanity.

The UN General Assembly, in  2000, adopted a resolution declaring June 20 as International Refugee Day, coinciding with the observance of Africa Refugee Day. The UN High Commissioner for Refugees reported on Friday  that the number of people forced to flee their homes across the world has exceeded 50 million for the first time since World War II—about half of them children.  The commissioner  also warned that the exponential rise was stretching host countries and aid organizations to breaking point.