Keeping alive the stories of Yolanda in the Bay Area 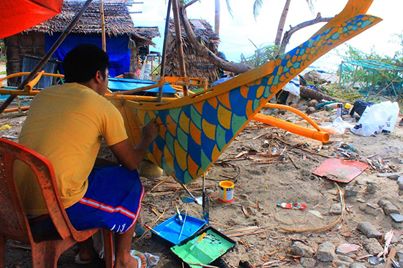 PHOTO/Tigra Bantayan Back to Sea project

It’s been nearly two months since Yolanda. But the stories and images from the tragedy remain fresh in the Bay Area.

Rick Rocamora is among those keeping them alive.

He has snapped pictures of rebellions, poverty, ethnic conflicts from the Philippines to South Africa to El Salvador. He was opening an exhibit at U.P. Diliman when Yolanda struck. 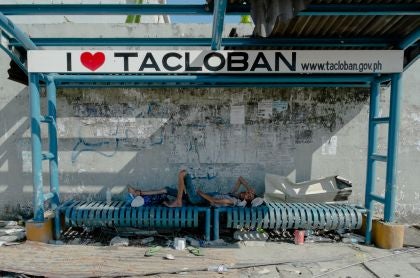 That led to a drastic change in plans — and one of the toughest assignments in his career as a documentary photographer.

Through a snap, unexpected assignment from the United Nations High Commission on Refugees, he came face to face with one of the biggest catastrophes in recent history.

“There were times when I myself was overwhelmed by emotions and have to slow down,” he told me. “It was not an easy task when you know that the survivors are your own people and their rehabilitation is a monumental task.”

Rick’s images from the Yolanda tragedy are part of the ongoing exhibit titled “Displaced,” at the Exposure Gallery at 801 Howard in San Francisco until February 18. 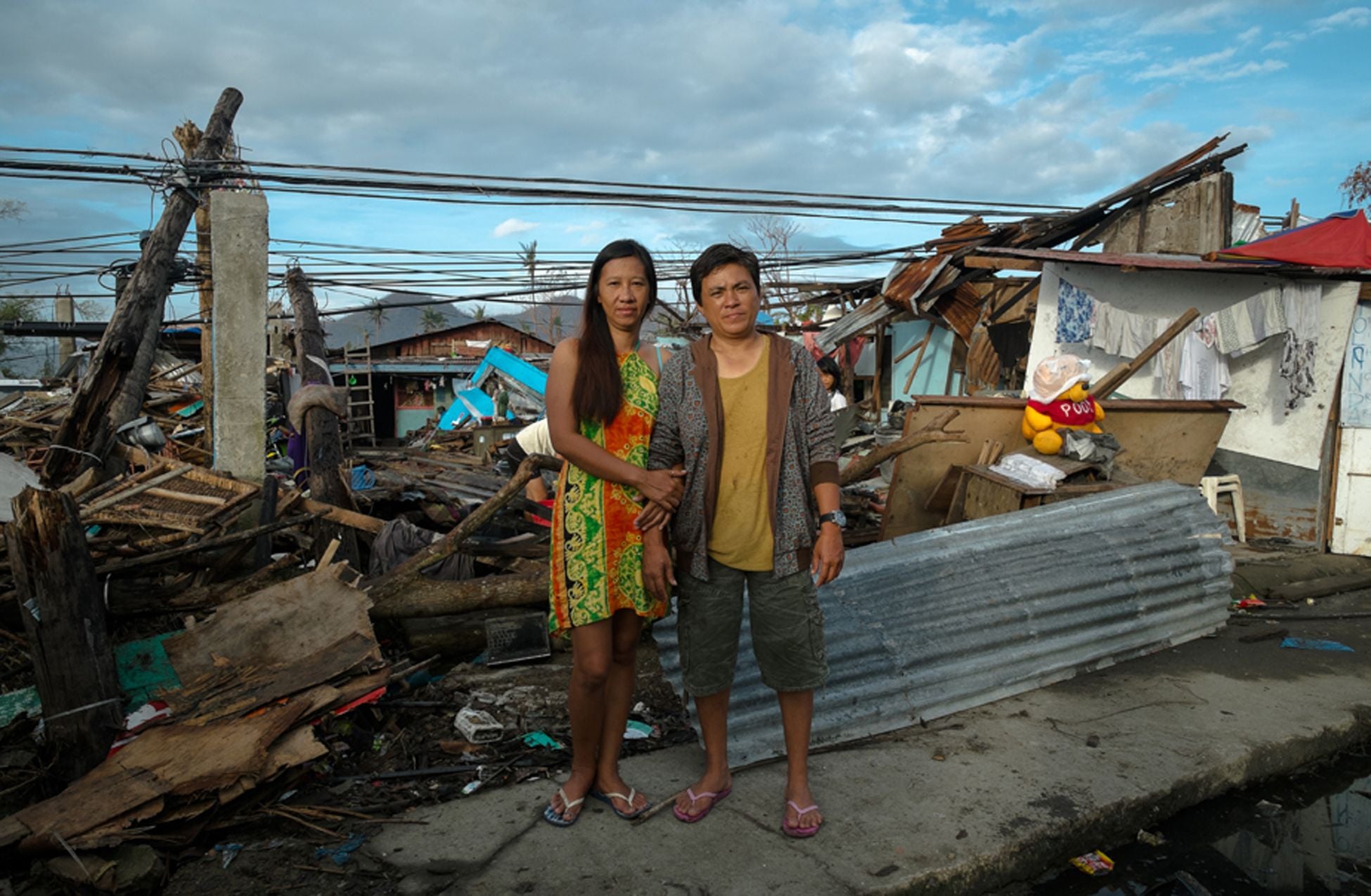 PHOTO/Tigra Bantayan Back to Sea project

Rick’s photographs will also be part of an exhibit sponsored by the United Nations High Commission for Refugees at the Philippine Senate to be launched at the opening day of the 17th Congress.

“To understand the impact of the devastation, I need not only pick and choose the image and compose it appropriately but I also needed to be a good listener and able to ask the right question to put everything in a proper context,” he said.

That wasn’t always easy to do.

The first picture Rick took for this assignment was a cadaver on a bus stop as he was traveling to Tanauan. He took his last photo 20 days later. It was at the same bus stop — of a man, alive but starving.

“The amount of visual documentation opportunities was so overwhelming that I stepped back after the first day and decided to find images with an accompanying personal stories of my subjects,” he continued.

Among the most moving he found involved a lesbian couple who share the same first name.

Jenalyn Trinidad and Jenalyn Sampayan have two children, and were running a fairly successful bulalo and videoke business from which they make about ten thousand pesos a night.

“Ngayong wala na,” Rick told me. “They lost everything.”

Many others lost everything in the typhoon.

In Berkeley, one evening, Filipino American artists and activist, and many of their supporters, gathered to find ways to help.

Their efforts focused on fisherfolk, mostly on Bantayan island near Cebu, whose boats were destroyed in the storm. The gathering, spearheaded by the Transnational Institute for Grassroots Research and Action, or Tigra, featured songs, poetry and dances.

The event was geared toward a specific goal: help raise funds to help the fisherfolk build new boats and rebuild their lives.

“The island used to look like an oasis, but now there is nothing to protect the land from the scourging heat of the sun” Tigra’s ‘Bantayan Back to Sea’ project site says.

The people of Bantayan face an even more serious problem, similar to the challenges faced by many others in the Visayas battered by Yolanda.

“Since Yolanda destroyed their boats, fishnets and crab cages, the people have no other choice but to rely on relief efforts for food,” the site continues.

But how long will that last? “One to two weeks,” a survivor told a Tigra organizer. “Bantayanons realize that they cannot go on like this forever, waiting for food to come.”

They had to rebuild their boats, and the Tigra campaign was helping them do that.

A highlight of the evening was a moving conversation via Web video across the Pacific between the activists and artists in Berkeley and the fisherfolk and organizers of Bantayan.

The video and audio weren’t always clear as we watched in Berkeley.

But the result of the boat-rebuilding campaign was.

It’s a campaign worth supporting. You can learn more about the Tigra campaign at their website at http://transnationalaction.org