The emergency appeal aims to assist the Philippine Red Cross deliver essential relief to thousands of affected families, according to the statement of the International Committee of the Red Cross (ICRC). 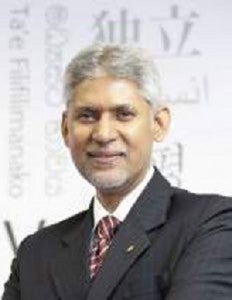 Within the overall appeal, the International Federation of Red Cross and Red Crescent Societies (IFRC) is appealing for 72 million Swiss francs to provide 100,000 families with food, clean water, shelter and other essential relief over a period of 18 months.

“Help must reach those in need as soon as possible,” said Jagan Chapagain, IFRC director for Asia Pacific, in a statement.

“The added advantage of the Philippine Red Cross is our vast network on the ground, coupled with strong support from all our Movement partners globally, which enable us to reach the most remote communities quickly,” he added.

The ICRC appeal for 15 million Swiss francs is specifically for areas already affected by armed conflict.

“Samar Island has suffered unimaginable destruction and will be the main focus of our initial response,” said Alain Aeschlimann, ICRC head of operations for the region. “This includes delivering essential aid such as food, water, shelter and basic health care. We will also help separated family members contact each other, and work with the authorities to provide reasonable conditions for detainees.”

According to PRC Chairman Richard Gordon, their teams are equipped with satellite phones and single-side band mobile radios for an uninterrupted communication and reporting.

The PRC teams are also equipped with chainsaws to help them access major roads by clearing fallen debris.

Aside from emergency response vehicles, tents, tower lights and generators were also brought to Tacloban.

Gordon also enjoined the national blood services to set up a mobile blood bank in Tacloban and to ensure blood availability.

Meanwhile, the World Health Organization (WHO) has activated an organization-wide mobilization to work closely with the Department of Health to organize relief efforts for the survivors of typhoon Yolanda.

“We are working closely with the Philippine Government and local authorities to assess and rapidly address the life-saving needs of the people affected by this typhoon,” says Dr Julie Hall, WHO Representative to the Philippines.

“WHO has an assessment team on the ground in Bohol, and we are sending teams to Cebu and Tacloban with the United Nations Disaster Assessment and Coordination (UNDAC) teams in support of national response efforts. WHO is flying in more than two dozen health emergency relief experts and emergency health kits for the initial response,” she said in a statement.