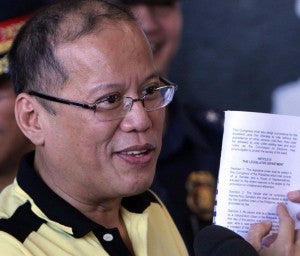 Migrante International called on Aquino to divert his President’s Social Fund (PSF) for the repatriation and emergency assistance for migrant workers who returned and are returning home.

On Tuesday, alert level 4 in Egypt was declared by the Department of Foreign Affairs (DFA) ordering the mandatory evacuation of Filipinos in Egypt at the Philippine government’s expense.

“Most of the time, funds for ticket costs and other fees are the reasons for the slow repatriation process of OFWs in distress. Stranded OFWs in Saudi, for instance, had to pitch in what little money they had to buy tickets for those who were able to return,” said Migrante chairperson Garry Martinez.

Martinez pointed out that the presidential fund, which is projected to rise by another1.2 billion for the 2014 national budget, is “more than enough to cover repatriation costs for stranded OFWs, as well as emergency assistance for returned and returning OFWs.”

He said in a statement that thousands of migrant workers, aside from those in Egypt, remained stranded and called for their immediate repatriated.

“Instead of channeling pork to ghost projects, Aquino’s pork should be allocated to our OFWs who are in dire need of financial assistance,” he added.

Martinez said that Filipino workers from various countries are planning to launch an “international day of action” on August 26 calling for the abolition of the pork barrel system in the Philippines.

On Thursday, the President sent an initial budget worth US$240,000 to the Philippine Embassy in Cairo for the repatriation of Filipinos in the Arab country.

Crisis alert level 4 up for OFWs in Egypt

First batch of OFWs repatriated from Egypt to arrive in PH