Crisis alert level 4 up for OFWs in Egypt 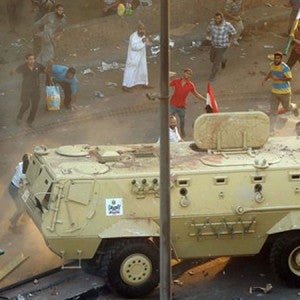 MANILA, Philippines – Crisis Alert Level 4 has been raised over Egypt which means mandatory repatriation of Overseas Filipino Workers (OFWs) there, the Department of Foreign Affairs (DFA) announced on Tuesday.

“DFA Secretary Albert F. del Rosario who is visiting Cairo for the second time in two weeks for the purpose of assessing the security situation of Filipino nationals, raised Crisis Alert Level 4 over Egypt on August 19,” DFA said in a statement.

“The marked deterioration of peace and order in Egypt, exacerbated by the ongoing political instability and grave security challenges in that country, make working and living there increasingly difficult and dangerous,” it said.

Del Rosario further called on all Filipinos in Cairo to immediately contact the Philippine Embassy there through the following:

The mandatory repatriation will be at the expense of the Philippine Government, the DFA said.

A rapid response team was already in Cairo since August 17 to assist in the conduct of the repatriation efforts.

The civil strife in Egypt intensified after supporters of ousted president Mohhamed Morsi, who were holding a sit-in protest, were violently dispersed by government security forces.

The pro-Morsi protesters demanded the reinstatement of Morsi, who was ousted in a military coup last July.