First batch of OFWs repatriated from Egypt to arrive in PH 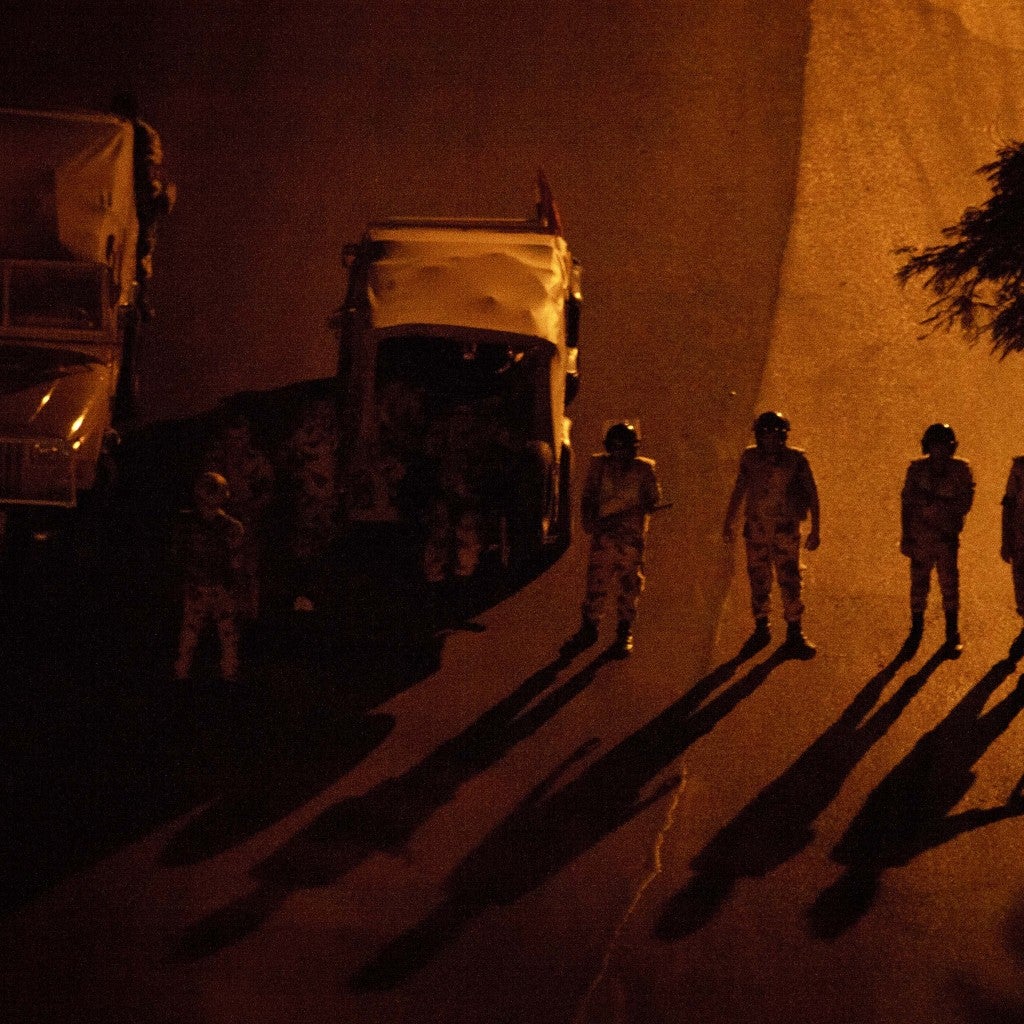 Egyptian soldiers stand guard at a checkpoint during a dawn-to-dusk curfew in the Zamalek district of Cairo, Egypt, Tuesday, Aug. 20, 2013. The Philippines has ordered the mandatory evacuation of some 6,000 Filipinos from Egypt following a visit to the Arab country by Foreign Secretary Albert del Rosario to investigate the security situation after days of violent clashes. AP PHOTO/MAYA ALLERUZZO

MANILA, Philippines – Five Filipinos will comprise the first batch of overseas Filipino workers to be repatriated from Egypt in light of the crisis alert level 4 raised due to the escalating civil strife in that country.

“Five Filipinos are to be repatriated to the Philippines in view of the crisis alert level 4 imposed [due to] the current political situation in Egypt,” Department of Foreign Affairs (DFA) spokesman assistant secretary Raul Hernandez said Wednesday in a text message.

“Three of them came from Cairo, and two from Alexandria. Their flight is scheduled to arrive Aug 21, 4:20 p.m. via [flight] QR646,” Hernandez said.

Violence erupted in Cairo after government security forces dispersed a sit-in protest of ousted president Mohammed Morsi’s supporters who have been demanding his reinstatement after being deposed in a military coup last July.

Hundreds have been reported killed in the violent dispersal, the latest of a series of clashes between pro-Morsi protesters and government authorities.

The DFA issued crisis alert level 4 last Aug 19 after a month-long state of emergency was declared in the country.