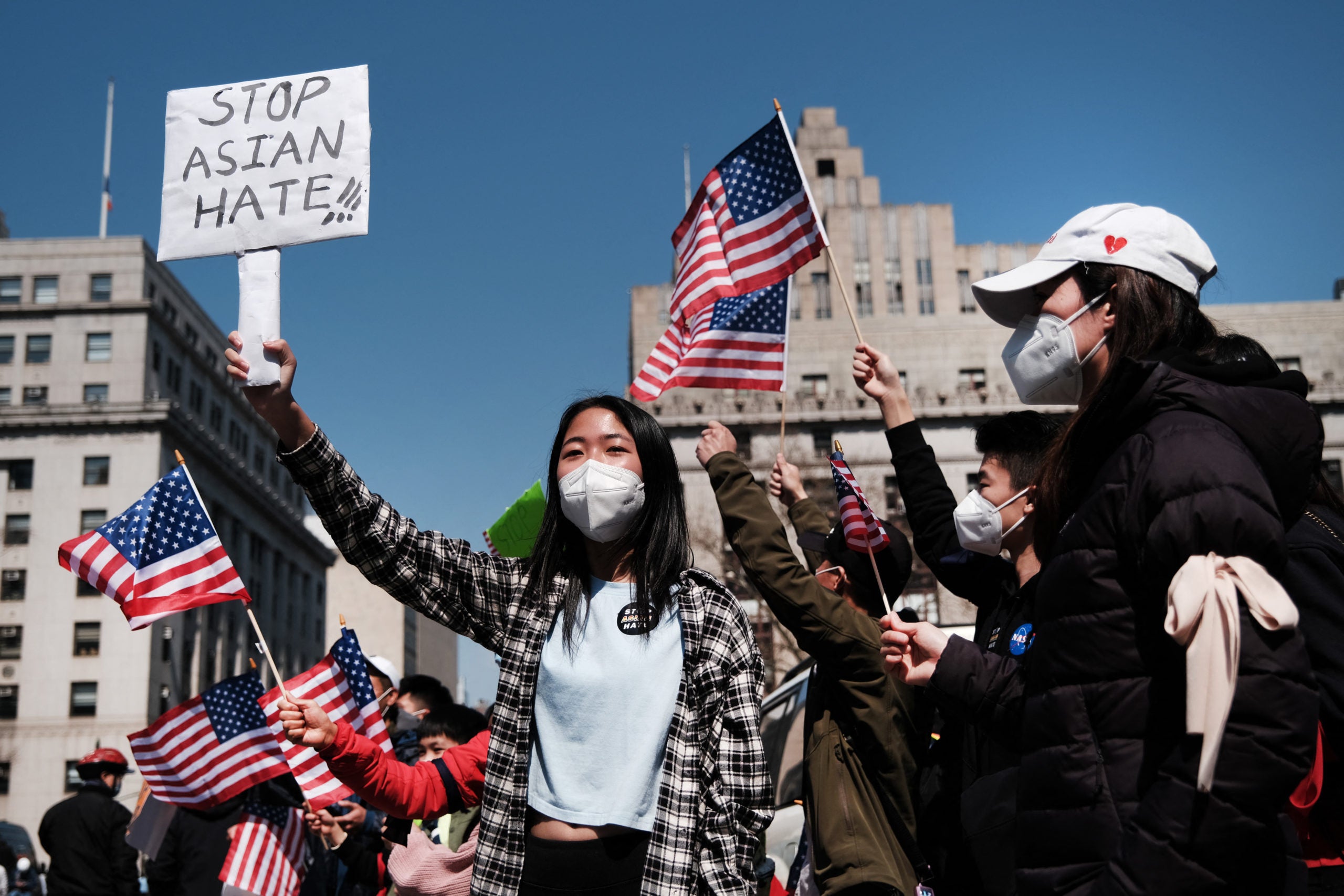 FILE PHOTO: People participate in a protest to demand an end to anti-Asian violence on April 04, 2021, in New York City. Spencer Platt/Getty Images/AFP

In a Twitter post, Consul General in New York Elmer Cato said the homeless woman also attempted to bar the Filipina from boarding her train at the Drive Subway Station in Rego Park, Queens.

He said the incident happened on the afternoon of July 16, Saturday.

“In another hate incident reported to @PHinNewYork, a 51-year-old Filipina was verbally assaulted and harassed by a homeless woman who also tried to prevent her from boarding her train at the 63rd Drive Subway Station in Rego Park, Queens on Saturday afternoon,” Cato wrote.

In a separate Twitter post, Cato said the weekend incident is the 42nd case of a hate-related incident or a criminal act involving a member of the Filipino community that was reported to or monitored by the Philippine consulate since 2021.

“Kababayan residing in New York and those on temporary visits are reminded to always remain vigilant and to take the necessary precautions, especially when walking in the streets or taking mass transport,” Cato said.

Filipinos who may find themselves in distress due to hate or other crimes or due to an emergency that may involve them or other kababayan are requested to call the hotlines of @PHinNewYork at +1-917-294-0196 and +1-917- 239-4118 for assistance. pic.twitter.com/8CjT7QVFCd

A few days before this incident, an 18-year-old Filipino tourist was beaten up near the Philippine Center in Manhattan also in New York City on July 13.

Cato earlier said United States authorities were still checking if this incident could be considered another case of racial hostility directed at Asians.