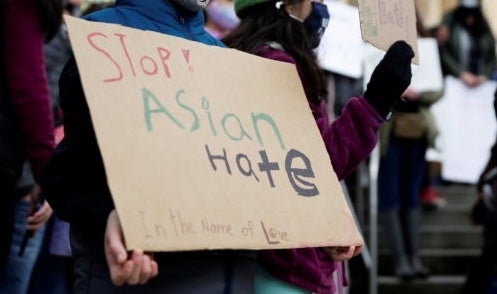 The Philippine Consulate in New York has advised the members of the Filipino community to remain vigilant following the latest report of the New York City Police Department (NYPD) that there was a 37-percent increase in major crimes, including hate crimes, in the city.

In an advisory posted on its Facebook page, the consulate, citing the NYPD report, said hate crimes increased by 12.6 percent citywide.

The consulate likewise reminded Filipinos taking mass transport to be extra careful as transit crime incidents have also increased by 55.5 percent compared to last year.“Kababayan are reminded to be situationally aware at all times when outside their residences and to take the necessary precautions to avoid becoming a victim of crime,” the consulate said.

Last week, a Filipino traveler in New York was struck by an assailant as he was walking with three other Filipinos near the corner of 6th Avenue and 46th Street, not far from the Philippine Center in Manhattan.

The victim, an 18-year-old male from Cebu, sustained “facial injuries” while the suspect was later “subdued and turned over” to the authorities, according to Philippine Consul General Elmer Cato.

He said it was the 41st incident since last year involving a Filipino who was victimized by either hate-related assault or criminal violence, with most of the incidents happening in New York.

In a post on Twitter on Thursday, Cato said last week’s attack against the Filipino tourist from Cebu was “racially motivated” as the suspect uttered Asian slurs while he was beating up the victim.

The victim decided not to pursue charges against the suspect, Cato said.

He added that based on the 41 cases of hate and other crimes against Filipinos recorded by the consulate, Filipinos were targeted not because of their nationality but because they look Asian or just happen to be random easy targets for people with mental health issues and criminal records.

Last week’s incident also happened barely a month after a 35-year-old Filipino lawyer, who was visiting his relatives in the United States, was shot and killed in what Cato described as an apparent case of mistaken identity.

The lawyer, John Albert Laylo, and his mother Leah, were en route to Philadelphia International Airport to catch a flight to Chicago on June 18 when the assailant fired at the Uber vehicle taking them to the airport.

Laylo was hit at the back of his head and was pronounced dead hours later in the hospital. His mother sustained minor injuries from the shattered car window.

The series of racial attacks prompted Cato to ask for better police protection for Filipinos and people of Asian descent.

Read Next
AFP talks with US, Japan militaries over security concerns
EDITORS' PICK
Authors unbowed after gov’t ‘purge’ of books
Powered by style, innovation and passion
A laptop that maximizes your WiFi so you can maximize your productivity
Red-tagged green activist recalls imprisonment
House energy committee chair Arroyo bats for cheap electricity
‘FPJ’s Ang Probinsyano’ officially ends after nearly 7 years
MOST READ
Arjo Atayde reveals proposal to Maine Mendoza was ‘more than a year’ in the making
SRA officials should resign after ‘illegal sugar order’ – Zubiri
‘FPJ’s Ang Probinsyano’ officially ends after nearly 7 years
Beermen aim to bundle out Bolts in first try at PBA Finals berth
Don't miss out on the latest news and information.