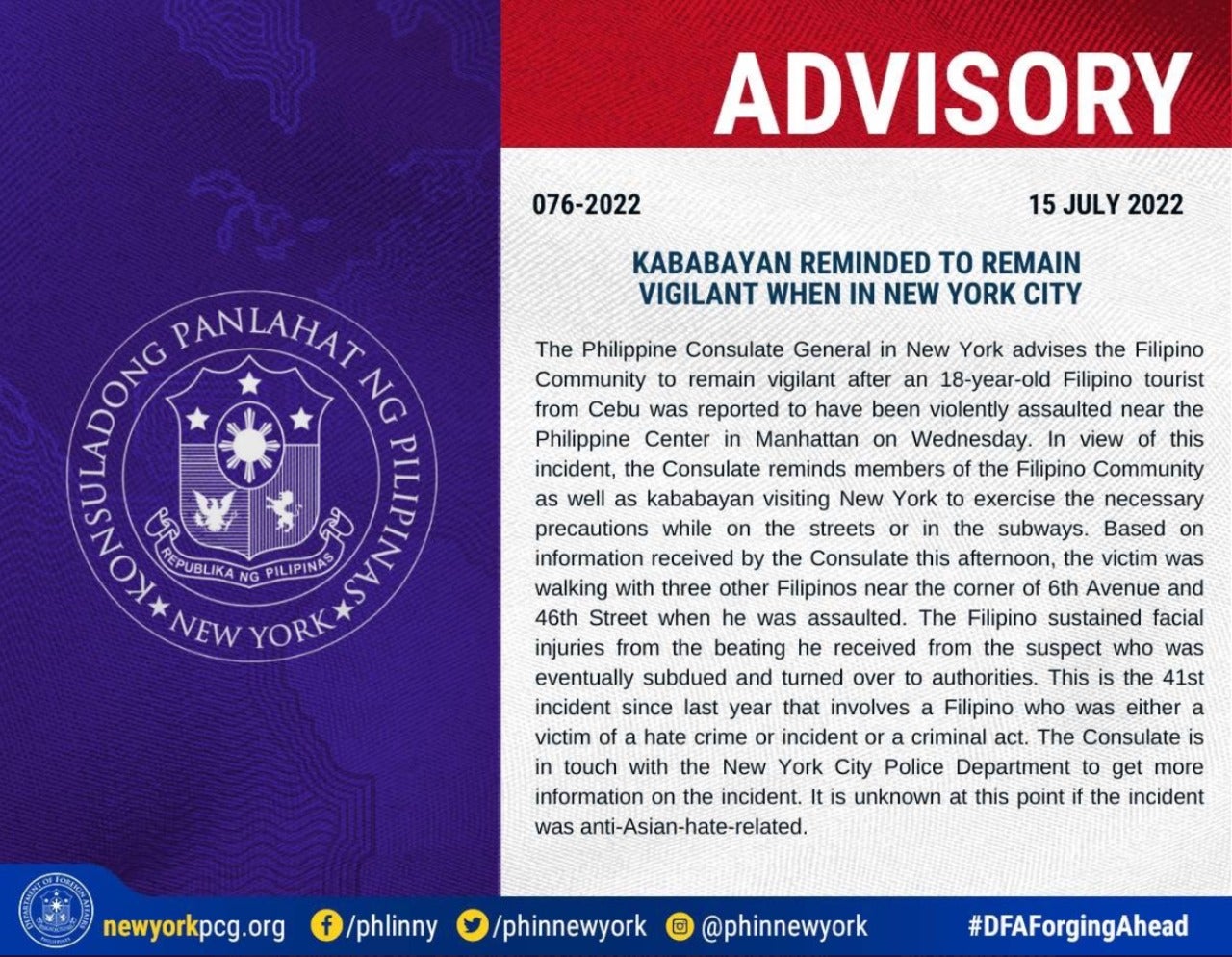 Advisory from the Philippine Consulate General in New York.

MANILA, Philippines — An 18-year-old Filipino tourist from Cebu was beaten up near the Philippine Center in Manhattan, New York City, said the Philippine consulate general.

This comes as the 41st criminal act involving Filipinos in New York since 2021.

“Based on information received by the Consulate this afternoon, the victim was walking with three other Filipinos near the corner of 6th Avenue and 46th Street when he was assaulted,” the Philippine consulate general in New York said in an advisory dated July 15.

It further detailed that the victim incurred facial injuries from the beating.

The suspect, on the other hand, was later “subdued and turned over to authorities.”

The Philippine consulate general also assured that it is currently coordinating with the New York City Police Department to know more about the incident, noting that it has yet to confirm if this was an anti-Asian hate crime.

Following the incident, it again amplified its call for the Filipino community to “exercise the necessary precautions while on the streets or in the subways” of New York City.

RELATED STORIES:
39 hate crimes vs Filipinos documented in New York – DFA
PH diplomat faces up to anti-Asian violence in US