PH envoy in NY: Checking if latest assault on Pinoy a racist attack 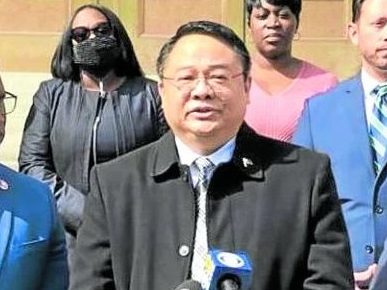 MANILA, Philippines — The Philippine Consulate in New York on Saturday said US authorities were still checking if the assault on a Filipino traveler in New York City on July 13 could be considered another case of racial hostility directed at Asians.

In a statement, Philippine Consul General Elmer Cato advised Filipinos in New York to be careful and stay alert following the incident involving the tourist, an 18-year-old male from Cebu, who was struck by the assailant as he was walking with three other Filipinos near the corner of 6th Avenue and 46th Street, not far from the Philippine Center in Manhattan.

The victim sustained “facial injuries” while the suspect was later “subdued and turned over” to the authorities, Cato said.

“In view of this incident, the consulate reminds members of the Filipino community, as well as ‘kababayan’ (countrymen) visiting New York to exercise the necessary precautions while on the streets or in the subways,” the diplomat added.

Wednesday’s attack was the 41st incident since last year involving a Filipino who was either victimized by hate-related assault or criminal violence, with most of the incidents happening in New York.

“The consulate is in touch with the New York City Police Department to get more information on the incident. It is unknown at this point if the incident was anti-Asian-hate-related,” Cato said.

In March, three elderly Filipinos, including a 67-year-old grandmother who was kicked and punched more than a hundred times by her attacker, were assaulted a few days apart also in New York.

The series of racial attacks moved Cato, a former journalist and now a career diplomat who has previously served in Philippine posts in war-torn countries, to ask for better police protection for Filipinos and people of Asian descent.

The latest assault also happened barely a month after a 35-year-old Filipino lawyer, who was visiting his relatives in the United States, was shot and killed in what Cato described as an apparent case of mistaken identity.

The lawyer, John Albert “Jal” Laylo, and his mother, Leah, were en route to the Philadelphia International Airport to catch a flight to Chicago on June 18 when the assailant fired at the Uber vehicle taking them to the airport.

Laylo was hit at the back of his head and was pronounced dead hours later in the hospital. His mother sustained minor injuries from the shattered car window.

TAGS: attacks on Filipinos in US, Elmer Cato, Philippine Consulate in New York