Philippines should not choose between US and China – Robredo 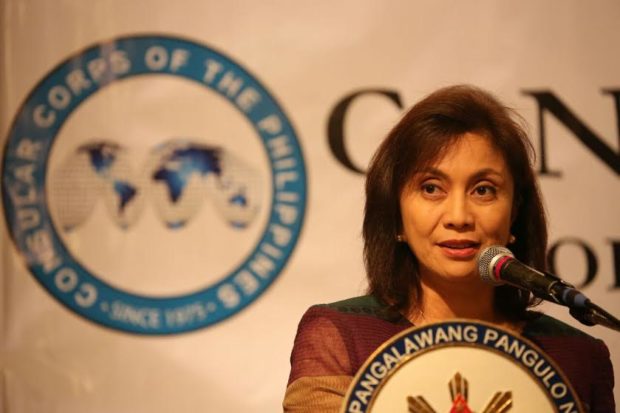 MANILA, Philippines — The Philippines should not pick between China and the United States (US) since “friendship with both countries would be beneficial” to the country, Vice President Leni Robredo said Tuesday.

Interviewed on Bloomberg TV, Robredo said: “I don’t believe that the Philippines should choose between the US and China, in the sense that friendship with both countries would be beneficial to the Philippines.”

Robredo, however, also said that she understands President Rodrigo Duterte’s decision to rebuild ties with China.

Bilateral relations between the Philippines and China have been strained after the Aquino administration brought Manila’s maritime dispute with Beijing at the Permanent Court of Arbitration (PCA) in The Hague, Netherlands, which in July 2016 invalidated China’s nine-dash line that covers almost the entire South China Sea including the West Philippine Sea.

But Robredo clarified that what she finds unacceptable was the Duterte administration’s apparent inability to draw the line between friendship and protecting the country’s territorial interests.

“What I don’t understand is why there is no clear line between, you know, giving up our sovereignty,” she said.  “We can maintain economic relations with them but there should be a very clean and clear line as far as protecting our territories is concerned and preserving our sovereignty.”

When asked whether the Philippines is selling itself out to China, Robredo answered: “Yes, because of the way our administration is responding to threats to our territories and threats to our sovereignty.  For many years now, China has been occupying many of the territories where we have staked our claim on.”

Duterte has opted to set aside the PCA ruling in dealing with China and instead fostered warm ties with the Asian superpower in exchange for economic deals. Duterte has also been trumpeting that his administration would implement “independent foreign policy” that is less dependent on the US. Aside from China, Duterte has also established cozier relations with Russia.

Administration critics, however, saw Duterte’s dealings with China as mere subservience to Beijing citing the administration’s predilection to Chinese loans and Chinese-based contractors for the government’s infrastructure projects like the proposed Kaliwa Dam, Estrella-Pantaleon bridge rehabilitation, and the Chico River Pump project, among others.

Duterte has also been criticized for his administration’s seemingly spineless stance on several sovereignty issues, including the continued militarization of disputed territories in the South China Sea and the presence of Chinese fishing vessels within the Philippines’ exclusive economic zone.

But Malacañang said last week that Duterte plans to bring up the July 2016 arbitral ruling with Chinese President Xi Jinping when he visits China later this month. Duterte’s scheduled trip to China this August would be his fifth since assuming the presidency.

READ: ‘The Time has come’: Duterte to invoke Hague ruling in China visit this August

For Robredo, this move would be “a big development.”

“I think that’s a big development in the sense that we have, people have been prodding him to do that already in his previous meetings with the Chinese officials, and he has been saying there would be time for that,” Robredo stressed.

“So the question now is, I think everyone is waiting with bated breath, what will happen in that meeting,” she added. /kga

Recto Bank as collateral for China loan? Nothing wrong – Panelo