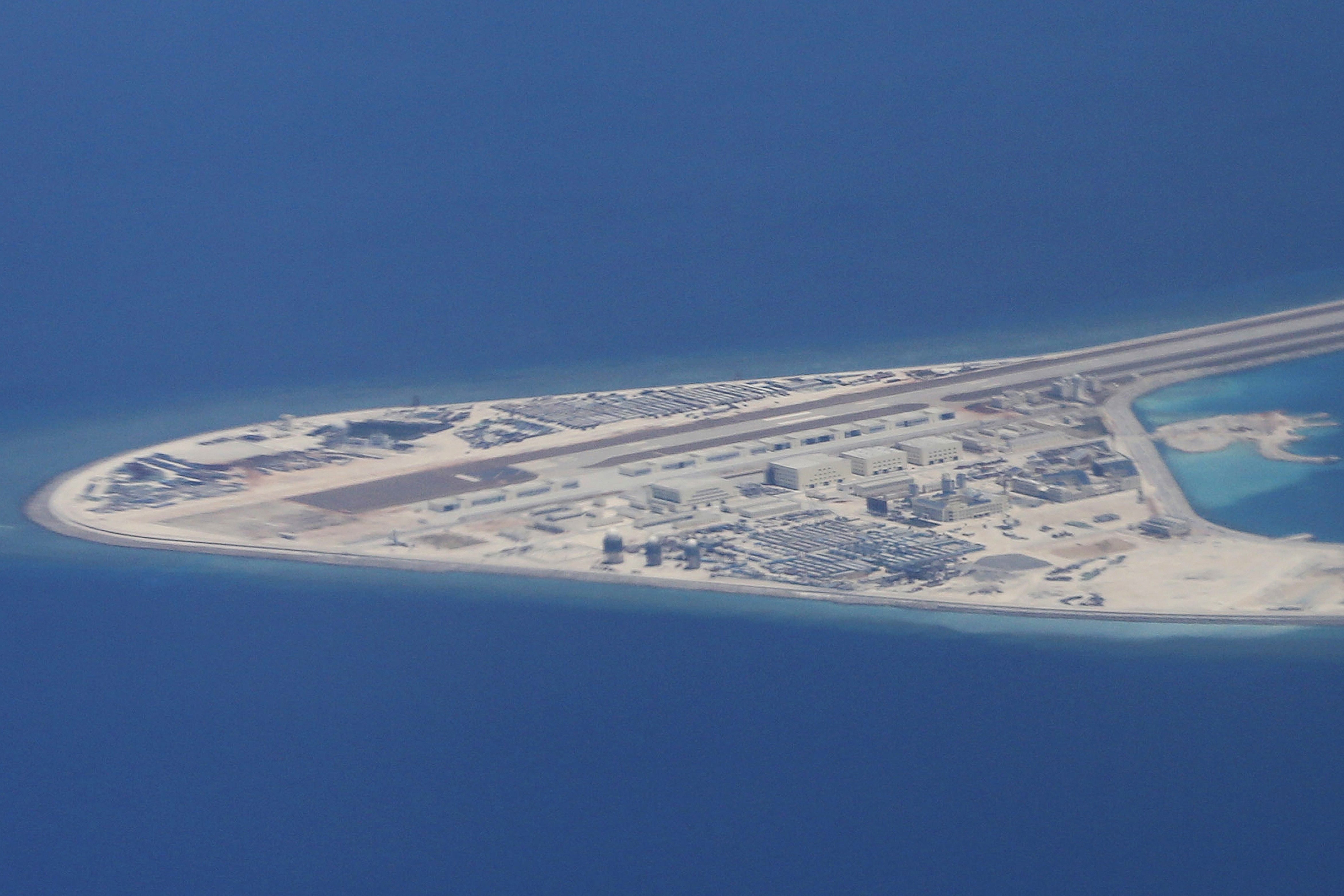 Chinese structures and an airstrip on the man-made Subi Reef at the Spratly group of islands in the South China Sea are seen from a Philippine Air Force C-130 transport plane of the Philippine Air Force, Friday, April 21, 2017. (Francis Malasig/Pool Photo via AP)

MANILA, Philippines — The Philippine government will investigate the supposed Chinese missile tests in the South China Sea even if the United States (US) already confirmed that China tested multiple anti-ship ballistic missiles in the disputed waters over the weekend.

Pentagon Spokesman Lt. Col. Dave Eastburn said in a news report that they were aware of the missile launch from the man-made structures in the Spratly Islands (Kalayaan) in the South China Sea.

But Presidential Spokesman Salvador Panelo said the government will conduct its own inquiry and will not rely on “whatever source.”

“We will investigate pa, then we will make our official stand. We will not rely on the say-so of whatever source,” Panelo said Thursday in a Palace briefing.

Earlier, US Ambassador to the Philippines Sung Kim urged China and other claimants in the South China Sea to “refrain from provocative unilateral actions” and “behave according to international practices and law.” (Editor: Katherine G. Adraneda)