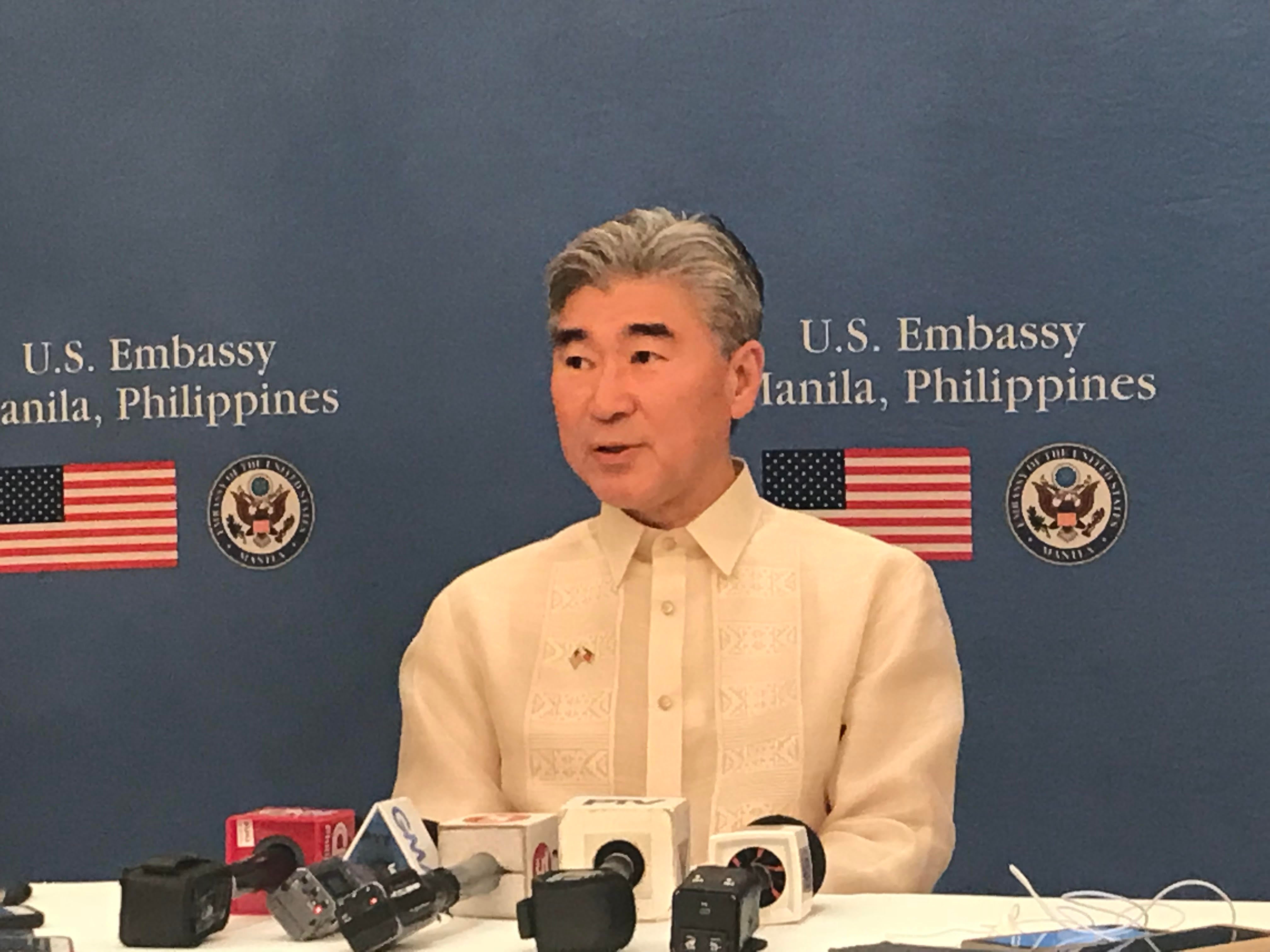 United States Ambassador to the Philippines Sung Kim answers question from the media before the 243rd commemoration of the United States’ Independence Day in Makati on Wednesday (July 3, 2019). Photo by Christia Marie Ramos/INQUIRER.net

MANILA, Philippines — Amid the reported Chinese missile test in the heavily contested South China Sea, United States Ambassador to the Philippines Sung Kim on Wednesday urged China and other country-claimants to “refrain from provocative unilateral actions” and “behave according to international practices and law.”

The U.S. reported that China tested multiple anti-ship ballistic missiles in the heavily disputed waterway over the weekend.

“We always say we urge all countries to refrain from provocative unilateral actions that’s inconsistent with international practices we have stated our position very clearly for quite some time now,” Kim told reporters in an interview prior to the embassy’s celebration of the 243rd commemoration of the United States’ Independence Day.

“It’s clear that countries should behave according to international practices and laws. In fact China itself has indicated that it would stop militarization but obviously that has not happened,” he added.

The US envoy further said: “I believe our friends in the Philippines agree that countries, including China, should refrain from such actions.”

The South China is a vital economic sea lane in the Asian region as well as I international navigation, but China’s reclamation activities and militarization in the contested waterway have raised concerns on peace and stability in the area.

But China has been insisting that the facilities it built on reclaimed islands in the South China Sea are primarily for civilian purposes.

The Philippines, China, Taiwan, Vietnam, Malaysia, and Brunei have conflicting claims over the South China Sea.

The United States, a non-claimant country, conducts freedom of navigation operations in the South China Sea.

In 2013, the Philippines filed a case before the Permanent Court of Arbitration (PCA) at The Hague in The Netherlands challenging China’s nine-dash line, which covers almost all of the South China Sea.

But the arbitral tribunal in a decision issued in July 2016 favored the Philippines’ case and invalidated China’s nine-dash line.

President Rodrigo Duterte, however, has opted to set aside the historical ruling and instead fostered warmer ties with Beijing in exchange for economic favors for the Philippines. (Editor: Katherine G. Adraneda)