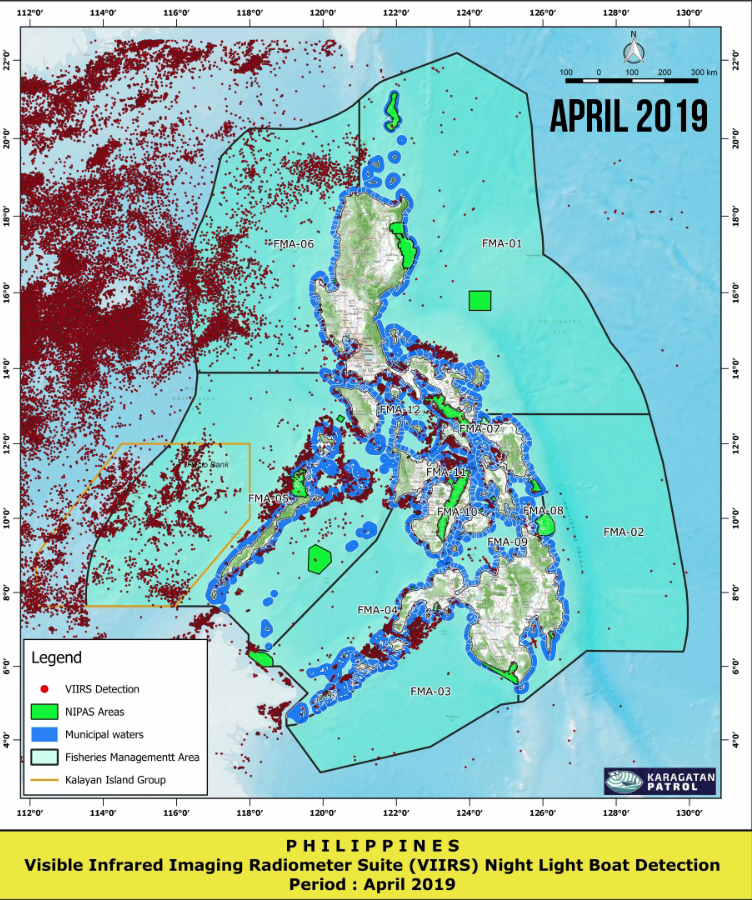 MANILA, Philippines — Party-list group Bayan Muna on Thursday said the Philippines should be aggressive in pushing for the Code of Conduct in the West Philippine Sea (WPS) after infrared imaging showed more ships are entering the country’s exclusive economic zone (EEZ) since 2012.

Bayan Muna Rep. Carlos Isagani Zarate said strict implementation of the Code of Conduct would prevent enroachment of the country’s resources in the EEZ.

The images showed that in April 2012, only a few red dots — which represent lights from ships — can be seen in the Western portion of the country.

More red dots can be seen in the following years.

In the same press conference, Institute for Maritime Affairs and the Law of the Sea Executive Director Dr. Jay Batongbacal said he believes the detected ships were foreign — particularly from China — since lights from under-equipped small, local fishing boats cannot be detected by the VIIRS.

President Rodrigo Duterte earlier called China to fast track the completion of the code of conduct, saying that further delaying it could lead to a “miscalculation” that may cause tension in the disputed waters. (Editor: Jonathan P. Vicente)