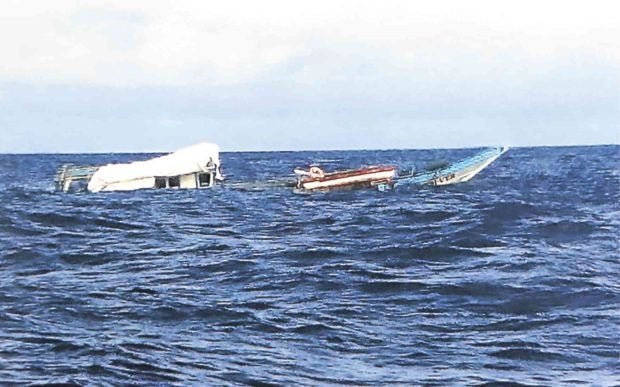 MANILA, Philippines—Malacañang assured on Thursday that the Philippine Coast Guard (PCG) report into the Recto Bank incident will not “diminish” the liability of the Chinese crew for abandoning the Filipino fishermen when their fishing boat sank.

Presidential Spokesman Salvador Panelo issued the statement after Foreign Affairs Secretary Teodoro Locsin, Jr. said that according to the PCG report given to the Office of the President, the Philippine crew appeared to share the blame in the Recto Bank incident.

Last June 9, 22 Filipino fishermen were left adrift the open sea for hours after their boat was hit by a Chinese vessel while anchored in the waters off Recto Bank. A Vietnamese ship later rescued them.

The fishermen initially claimed that the hit on their boat, F/B Gem-Ver 1, was intentional only to backtrack and tone down later, saying they were not sure.

In a television interview, Locsin said the Coast Guard investigation established that the fishermen did not assign a lookout while they slept.

The cook who happened to be awake at the time had a small light that might not have been enough to warn the oncoming Chinese fishermen.