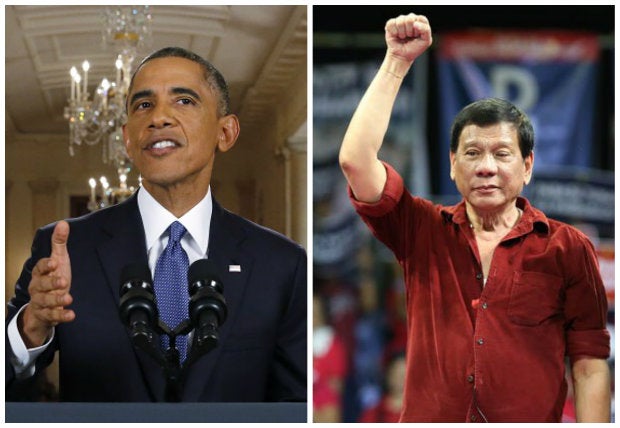 After the cancellation of their scheduled bilateral talks, President Rodrigo Duterte and United States President Barack Obama are expected to meet at the gala dinner of the Association of South East Asian Nation (Asean) in Vientiane, Laos on Wednesday night.

In a statement, Malacañang said Duterte and Obama will be seated next to each other at the gala dinner.

“Presidents Duterte and Obama will be seated next to each other, which expectedly, will focus all cameras on them to deliver to the world the encounter of the two,” Palace said.

Aside from Obama, Duterte’s other seatmate would be UN Secretary General Ban Ki-moon.

“Incidentally, United Nations (UN) Secretary General Ban Ki-moon is also seated on the other side of President Duterte,” the Palace said.

Duterte was supposed to have a bilateral meeting with Obama at the sidelines of the Asean Summit but was cancelled after the Philippine President launched tirades against Obama.

He said Obama should not lecture him about human rights violations, saying it would be disrespectful to him and the Filipino people.

“The Philippines is not a vassal state. We have long ceased to be a colony of the United States,” Duterte has said

“I do not respond to anybody but to the people of the Republic of the Philippines. Wala akong pakialam sa kanya (I don’t care about him). Who is he?” he added.

The Department of Foreign Affairs (DFA) had earlier said that Duterte declined a bilateral meeting with Ban, saying could not fit it into his schedule

The UN has strongly criticized the Duterte administration’s no-nonsense war against illegal drugs because of alleged human rights violations. JE