US to give PH military planes—Coast Guard 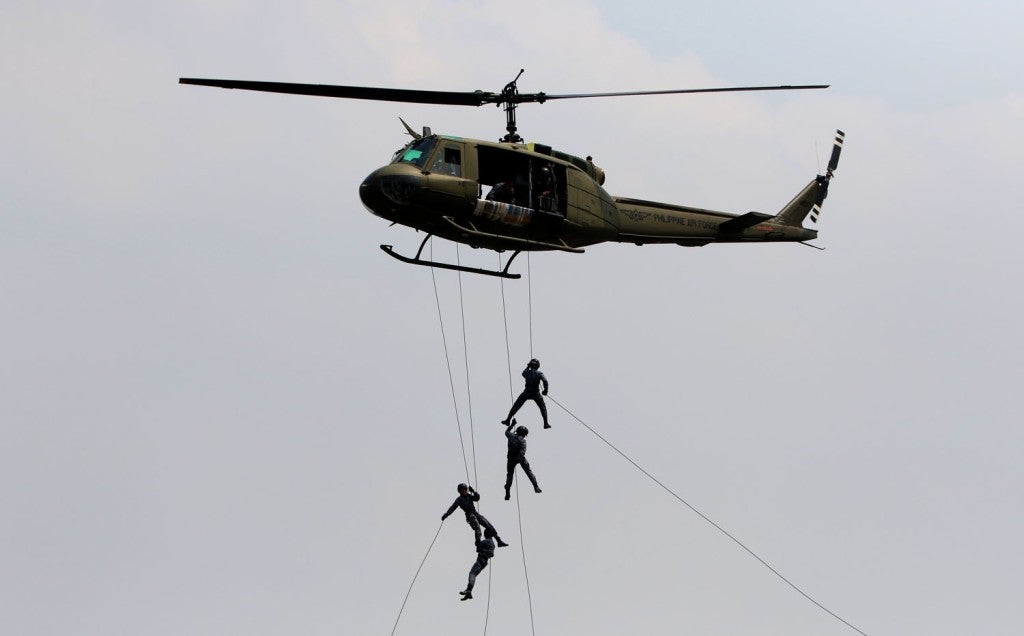 The United States is giving the Philippines two used military aircraft, the coast guard said Wednesday, to help Manila expand sea patrols in the face of territorial disputes with China.

“It will help us in the movements of the Philippine Coast Guard like patrol missions,” Balilo added.

Duterte said Tuesday he regretted the tirade, sparked by the US leader’s plan to raise the issue of extrajudicial killings under Duterte’s war on crime.

Manila, which has one of Asia’s weakest militaries, has been trying to improve defence ties with its former colonial ruler Washington and other allies.

The Philippines has expressed concern about Beijing’s massive island-building over reefs, some of them claimed by Manila, in the South China Sea.

Duterte last week said China had sent barges to the contested Scarborough Shoal and had appeared to begin construction there for the first time.

On Wednesday the Philippines released photos to back its claims.

Manila scored a sweeping victory when a UN-backed tribunal ruled in July that Beijing’s claims to most of the sea had no legal basis and that its construction of artificial islands was illegal.

The US has said it does not take sides in the dispute but has raised its naval presence in the region to ensure freedom of navigation.

Taiwan, Brunei, Malaysia and Vietnam also have competing claims to parts of the sea, through which $5 trillion in annual trade passes.