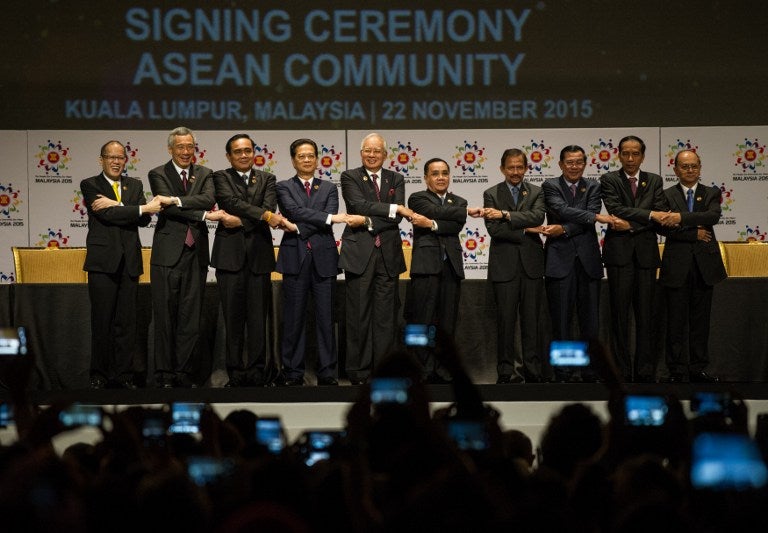 KUALA LUMPUR — President Benigno Aquino III told an Asia-Pacific summit on Sunday that “the world is watching” whether China would behave as a responsible power in the simmering standoff over maritime territory.

Aquino kept up a drumbeat of growing criticism of China’s expansion of tiny atolls into fully-fledged islands, as leaders including Chinese Premier Li Keqiang met in Malaysia.

The issue has increasingly loomed over the regional diplomatic and security outlook, with China accused of upsetting the status quo by moving to enhance its presence in the South China Sea.

“We are hopeful that China would honor its word and respect the rule of law,” Aquino said, according to a copy of his address to the 18-country East Asia Summit in Kuala Lumpur.

Aquino’s comment referred specifically to a dispute with China over maritime territory, which Manila is bringing before an international court.

“The world is watching and expects no less from a responsible global leader,” Aquino said.

Beijing has vowed not to take part in the case, saying the Permanent Court of Arbitration in the Hague has no jurisdiction over a matter concerning Chinese sovereignty.

Heads of government from 18 countries including the United States, China, India, Russia, Japan and nations in Southeast Asia are meeting for the annual East Asia summit, this year hosted by Malaysia.

A Philippine diplomat confirmed Aquino made the comments in the closed-door meeting.

The Kuala Lumpur diplomatic and political meetings follow a trade-related forum in Manila earlier in the week that included many of the same leaders.

The maritime issue has become the stage for a big-power confrontation between China and the United States, which warns that Beijing’s actions could threaten freedom of navigation.

US President Barack Obama, who also attended both summits this week, has called on China to halt its land reclamation.

China has declared ownership of virtually all of the South China Sea, conflicting with the various claims of Vietnam, Malaysia, the Philippines, Taiwan and Brunei.

The Philippines has been the most vocal in challenging China.

Aquino said Beijing’s island reclamation was “in total disregard of international law” and its assertiveness had “come to a point wherein we are now no longer allowed to enter areas within our Exclusive Economic Zone.”

Manila insists the United Nations Convention on the Law of the Sea, which the Philippines and China have both ratified, should be used to settle the bitter row.