#InquirerSeven How does PH compare with other Asean countries? 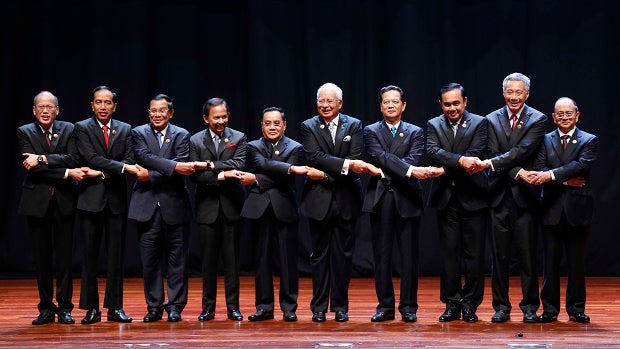 Just as the Asia Pacific Economic Cooperation summit has concluded in Manila, President Aquino will once again meet with Southeast Asian leaders for the biyearly summit of the Association of Southeast Asian Nations (Asean).

The second Asean summit of 2015 is scheduled for Nov. 18 to 22, and is being held in Kuala Lumpur, Malaysia. A major issue expected to be tackled is the ongoing sea dispute in the South China Sea, which some Asean nations stake claim to.

To place context to the proceedings, INQUIRER.net lists down seven interesting tidbits comparing the Philippines to its Southeast Asian neighbors, from population growth to unemployment rate and Internet access.

All data are taken from the World Bank, Transparency.org and Visionofhumanity.org.

Here are the #InquirerSeven ways Philippines compares to the rest of Asean’s members.

1. Over 600 million people are part of Asean

The total population of all Asean countries is an estimated 623 million as of 2014, according to the World Bank. Indonesia makes up over 40 percent of that number with around 254 million, while people living in Brunei number only about 417,000.

The total population of Asean members is growing at a combined average of 1.27 percent, higher than the world average of 1.13 percent. Of the 10 members, Cambodia, Laos and the Philippines are growing the fastest, all at 1.6 percent, while Thailand’s population is growing only 0.4 percent.

As of 2013, the Philippines has the highest unemployment rate in the region at 7.1 percent, followed by Indonesia with 6.3 percent. Cambodia and Thailand post the lowest percentages at 0.3 percent and 0.7 percent, respectively.

But in terms of economic growth, Myanmar in 2014 grew the most among Asean members with a GDP growth rate of 8.5 percent, followed by Laos at 7.5 percent and Cambodia at 7 percent. Asean countries with bigger GDPs, however, posted slow growth in 2014: Thailand grew by only 1 percent, followed by Singapore at 3 percent and Indonesia at 5.2 percent.

5. Thailand, Malaysia had most number of tourists in 2013

Over 94 million people visited the 10 Asean countries in 2013. Of that number, more than half mainly visited Singapore (around 26.5 million) and Indonesia (around 25.7 million). The Philippines, in comparison, posted 4.8 million visitors that same year.

6. More than a third of Filipinos are online, but PH still has slowest Internet

Singapore is the most advanced country in relation to Internet access, ranking highest in both number of people connected to the Web–69.69 percent of its population–and Internet download speed. Malaysia comes in a close second at 67.5 percent, followed by Vietnam and the Philippines at 48.3 and 39.8 percent, respectively. But even if more than a third of Filipinos have access to the Internet, the country’s download speed, 3.4 mbps on a broadband connection, is the slowest among then 10 Asean countries. Myanmar’s, on the other hand, is 4.69 mbps, even if only 2.1 percent of its people are connected online. The Philippines fares only slightly better in terms of download speed on mobile at 3.8 mbps.

7. Singapore is most peaceful and least corrupt

Singapore scores highest among Asean members in the 2014 Global Peace Index, placing 25th out of 162 countries, it also is perceived as the least corrupt, ranking 7th of 174 countries in the 2014 Corruption Perceptions Index.

The Philippines is regarded the least peaceful among Asean countries, ranking only 132nd. Myanmar and Cambodia, on the other hand, are considered the most corrupt, both ranking 156th.