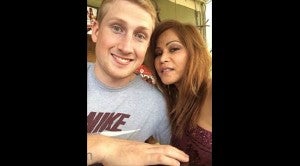 MANILA, Philippines–A 51-year-old Filipina nurse was shot dead by her American live-in partner in the middle of a party at their Clearwater City, Florida residence.

In a report by ABC action news, Josephine Austria was killed by her ‎24-year-old boyfriend, Alexander Richardson, around 1 a.m. on Sunday (Monday in Manila).

The report said that Austria, Richardson‎ and several guests were at the couple’s house at 2300 block of Hillcreek Circle East for a birthday party.

Austria was rushed to hospital where she was declared dead on arrival.

“At some point that morning, Richardson went down to a gas station on McMullen Booth Road to tell someone that he had shot his girlfriend,” the report said.

Richardson is currently under the custody of the authorities charged with second-degree murder.

“‎Police are still working to get more information on what led to Austria’s death,” it added.