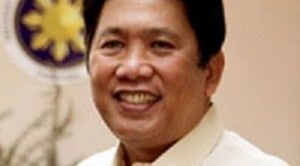 “We have no information on any signing activity,” Communications Secretary Herminio Coloma Jr. said in a press briefing on Wednesday.

The spokesperson said the agreement, which already went through eight rounds of bilateral talks, is still being discussed by the US and Philippine governments.

“In the last update I gave you last Monday, I told you that inter-agency vetting is still ongoing—that’s for the Philippine side,” Coloma told reporters.

The EDCA will allow US military rotational presence in the country and access to the facilities of the Armed Forces of the Philippines. The defense pact, which builds on earlier treaties, is supposed to be mutually beneficial to the two countries.

Critics, however, are wary that it will become a lopsided deal, especially since details of the agreement have yet to be released to the public. As an executive agreement, it will not need approval of the Senate, though many lawmakers are questioning its constitutionality. Some are questioning the speed of the negotiations, saying it is being rushed in time for Obama’s visit to the country.

Obama is currently on a multicountry trip in Asia to reassure ties with the US’ allies. He will arrive in the Philippines on April 28. The US is working on the rebalancing of its diplomatic and military resources in Asia amid China’s attempt to increase its influence in the region.

Palace says there’s no rush to increase US military presence