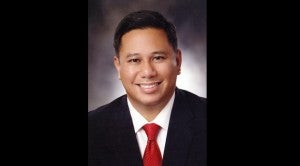 Pulido previously served as mayor pro tem, was unanimously selected as mayor during a city council meeting on Wednesday (Thursday in Manila). He will serve a one-year term.

Pulido is the first Fil-Am to become mayor of the city.

“I am honored, humbled and grateful for this wonderful opportunity to serve and give back in a deeply meaningful way to my hometown of 42 years,” Pulido said in his first remarks as mayor. “I renew my commitment to serve you and to keep Cerritos moving forward.”

He was elected to the council in 2011, drawing the most votes ever recorded in the city’s election history. He is also the first Fil-Am on the city council. His term will expire in 2015.

He is also the district director for Congressman Alan Lowenthal (D-Long Beach). He served as a legislative consultant with the California State Assembly in the Los Angeles offices of Assembly Speakers Robert M. Hertzberg, Herb J. Wesson Jr. and Fabian Núñez. Pulido was a three-term ABC Unified School District board member, serving from 2001 to 2011.

Pulido was recently honored with the prestigious Asian Pacific American Institute for Congressional Studies (APAICS) Trailblazer Award for his achievements in public service. As an awardee, Pulido attended a private meeting with US President Barack Obama and several members of Congress.

Cerritos, incorporated in 1956, is one of the gateway cities of southeast Los Angeles. Filipinos make up about 15 percent of the city’s population, according to the latest census.

Los Angeles County has become a showcase of emerging Filipino empowerment, with Pulido and other Fil-Ams holding the reins of power in city governments.

Pulido and his wife, Gloria, have two children, Malia and Mark Jr.