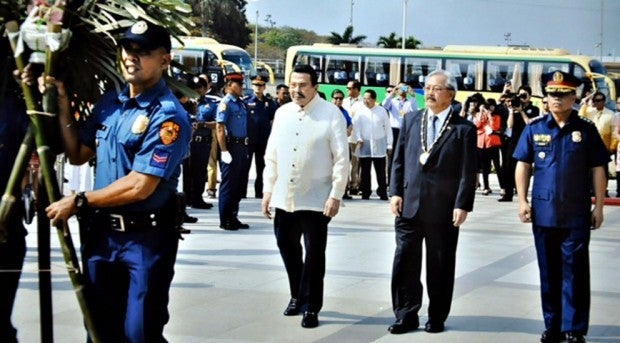 An official sister-city delegation headed by San Francisco Mayor Edwin Lee on Thursday met with government agencies in Manila to discuss the city’s contribution in the recovery and rehabilitation of the areas devastated by Super Typhoon “Yolanda” (Haiyan).

“We would like to see people coming together rather than cities falling apart. We saw the resiliency of the Filipinos. This encourages us to give back,” said Lee.

Lee said the San Francisco community in the United States come together to raise funds to aid the rehabilitation of the Visayas that was greatly affected by the Super Typhoon.

“We encourage our people to help and we are more than happy to come together to help,” he said.

Beneficiaries of the fund raiser include Gawad Kalinga, Feed the Hungry Foundation, One World Institute and Gift of Light.

The Presidential Assistant for Rehabilitation and Recovery (PARR) welcomed the support given by the international community, latest of which is the aid given by San Francisco.

Assistant Secretary National Risk Reduction and Management Council (NDRRMC) Victor Batac said the government has allocated funds for the rehabilitation and recovery plans of the Visayas but admitted that additional funds is still needed.

Batac mentioned that the government still needs additional funding in terms of housing, education, livelihood, infrastructure, among others.

On Thursday afternoon, Lee and his delegation paid a courtesy call to President Benigno Aquino III.

Lee along with a delegation of more than 40 business people, community leaders, and government officials from San Francisco arrived in Manila on Tuesday.

On Wednesday, the delegation toured Luneta Park for a wreath-laying before going to Manila City Hall and met with former president and now Manila Mayor Joseph Estrada.