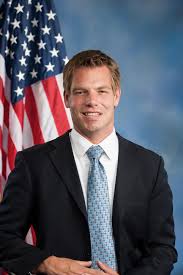 WASHINGTON, DC – The U.S. Air Force should air drop humanitarian supplies and food to the most remote and inaccessible areas of the Philippines following Typhoon Haiyan/Yolanda, several lawmakers wrote to the US defense secretary and the USAID head.

The U.S. is currently delivering food to the Philippines primarily through distribution centers and via helicopter and V22-Ospreys; but relief personnel have yet to use airdrops although many areas of the devastated by the storm are remote.

Airdrops in a disaster situation are not unprecedented. Following the earthquake in Haiti, the U.S. Air Force dropped over 55,000 pounds of food and water into difficult to reach areas.

In their letter, the lawmakers encourage use of an aid deployment strategy developed by the U.S. Air Force at Lawrence Livermore National Laboratory in Livermore, California, called the Tri-wall Arial Delivery System (TRIADS). TRIADS is a proven method, which enables the dropping of food packages from high altitudes without parachutes.

“Typhoon Haiyan swept through the Philippines, creating unimaginable damage,” said Swalwell. “I’m proud we’ve quickly provided assistance to our friends in the Philippines, but many in remote areas are still in desperate need of basic humanitarian supplies.  I’m proud to represent a vibrant Filipino population in the East Bay, many of whom are worried about loved ones in the Philippines. Time is of the essence and I encourage the military and aid workers to use all existing methods to disperse aid so those in need have access to lifesaving supplies.”

Speier stressed that many of the four million people affected are in the most remote regions of the Philippines and are harder to access. “TRIADS is a proven approach to getting food packages safely to isolated areas such as Haiti and Afghanistan and must be given every consideration,” she urged.

US Ospreys show worth in Philippines aid effort

New US envoy to Philippines sworn in