LOS ANGELES–Part of the proceeds of “Handog ng FASO sa Pasko,” a Christmas benefit concert and festival, will be set aside for the victims of Typhoon Yolanda (international name: Haiyan) through ABS-CBN Foundation’s Sagip Kapamilya, the event’s sponsors announced.

The performance by Filipino-American Symphony Orchestra (FASO), the only Filipino symphony orchestra outside of the Philippines, will be at 7 p.m. on Saturday, December 7, at the White Memorial Church, 1720 Cesar Chavez Avenue, Los Angeles.

They will be performing together for the first time, with special guests Joey Albert, Louise Marie Cornillez, Gelo Francisco, Sal Malaki (fresh from his performance as Crisostomo Ibarra in the New York production of the opera version of “Noli Me Tangere”) and Wendy Mazon (FASO’s principal clarinetist).

Since the concert, presented by ABS-CBS Foundation International and FASO, falls on Dec. 7, a commemorative Pearl Harbor Remembrance Day number will be performed. Luis “Louie” Ramos, vice president of the FASO board, is arranging this special piece titled “Patriotic Fil-Am Medley,” which consists of the songs “God Bless the U.S.A.,” “America the Beautiful” and “Bayan Ko.”

“I arranged the piece and was inspired to mash up two of the songs, ‘America the Beautiful’ and ‘Bayan Ko,’ ” Ramos said. “The arrangement consists of melodic and harmonic material from both songs, just like the genetic material of a child comes from both their parents. ‘Bayan Ko’ was originally written for a zarzuela, ‘Walang Sugat,’ as a subversive song against the American Occupation of the Philippines. Today, ‘Bayan Ko’ is a patriotic song that many consider to be the second Filipino national anthem. It has always inspired love and pride for our country of origin – the Philippines. ‘America the Beautiful’ instills love and loyalty for the United States, second home to many Filipinos.”

Mazon, who will perform “Weber Concertino for Clarinet,” said FASO concerts, especially “Handog ng FASO sa Pasko,” are “windows on our rich musical heritage and talent for entire communities to enjoy. This coming concert is a valuable showcase for the Filipino community by featuring local and non-local Filipino performers, composers and arrangers and emerging youth performers. It’s a positive exposure to our culture and a way to pass musical traditions to our youth.” 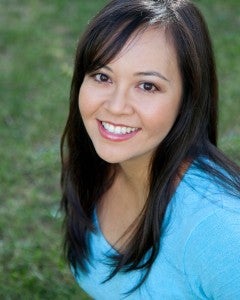 Mazon, who has a doctorate in musical arts degree in music performance and a university teaching certificate from the University of Arizona, added, “Your attendance at a FASO concert is a contribution and confirmation of your act of support in the Filipino community and all of the treasures that it holds. Through FASO, children can come to know, understand, and value the rich musical culture of the Philippines, Filipinos and Filipino-Americans.

The orchestra, whose previous concerts have been acclaimed as entertaining and memorable, will render traditional English and Filipino Christmas music, including “Simbang Gabi” and Handel’s “Messiah.” The orchestra will be conducted by Robert Shroder, FASO’s music director and conductor.

The festivities before the concert start at 5 p.m. and will include a display of Christmas lanterns or parol, the brightly colored popular symbol of the Filipino Christmas tradition, and booths and stalls. The concert starts at 7 p.m.