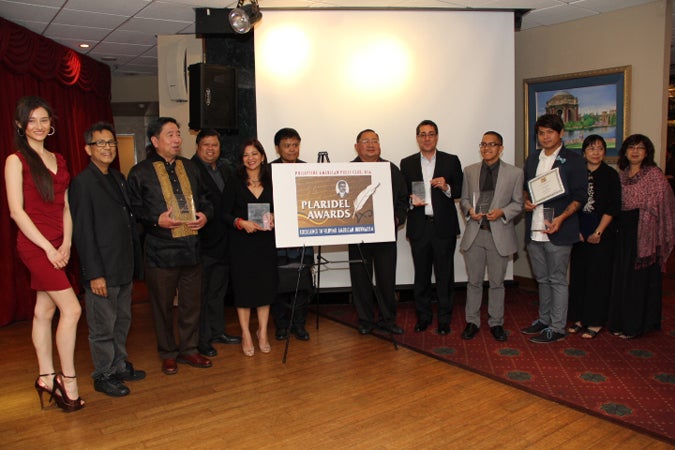 Sponsored by the 25-year-old Philippine American Press Club, USA (PAPC), the awards were given to the best articles entered in competition along several categories. 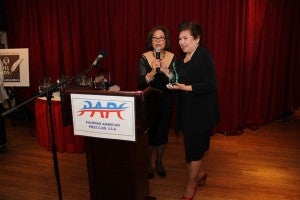 Writer and educator Oscar Penaranda urged the celebrants to use their profession in protecting freedom of the press, “the only industry specifically mentioned in the founding documents” of the United States.

Jose Antonio Vargas, who was on The Washington Post team that won the Pulitzer Prize for Breaking News Reporting in 2008 for its coverage of the Virginia Tech shootings, was also honored for his activism on behalf of undocumented immigrants like himself.

Outgoing San Francisco Consul General Marciano A. Paynor, Jr., was also hailed as a Torchbearer for instituting many improvements in consular services to the Filipino community.

Commentary: Winner was Randy Gener of The Filam for the piece “A Song for My Mother”; Honorable Mention: Dy Calica-LaPutt, Asian Journal, “The fight continues for Filipino vets.”

International Reporting: Winner was Rodel Rodis of INQUIRER.net for “Philippines: a Jewish refuge from the Holocaust”; Honorable Mention, Arnold Pedrigal, Manila Mail, “Project PEARLS and the children of Ulingan.”