Trial of Italy shipwreck captain gets under way 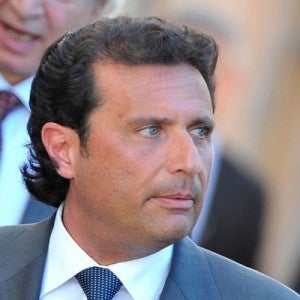 GROSSETO—The trial of Italy’s cruise ship captain Francesco Schettino is set to get under way on Wednesday, with survivors of the 2012 nighttime disaster and relatives of the 32 victims expected to attend.

His trial officially began last week, but was immediately postponed due to a lawyers’ strike.

Schettino was nicknamed “Captain Coward” for abandoning ship while terrified people were trapped aboard and then sobbing in the arms of the ship’s chaplain.

With his slicked-back hair and macho swagger, the 52-year-old has been depicted as a blackguard who was showing off for a blonde female guest when he performed a risky maneuver to “salute” the island which ended in tragedy.

But some lawyers have been saying he should not be the sole defendant and Costa Crociere, Europe’s biggest cruise operator, should share the blame.

Up to 450 witnesses and 250 plaintiffs could be called during the trial.

Schettino’s lawyers, Domenico and Francesco Pepe, have called 100 witnesses and pledged to show that “no single person was responsible” for the disaster.

They plan to probe management at ship owner Costa Crociere, materials used to build the ship, and a malfunction of emergency doors and back-up generators.

Four other people charged, including the ship’s Indonesian helmsman, have entered plea bargains to be ruled on in a separate hearing on July 20.

Costa earlier admitted limited responsibility as Schettino’s employer and was ordered to pay 1.0 million euros ($1.3 million) in a controversial ruling that has excluded it from criminal proceedings.

The prosecution has called 347 witnesses including Domnica Cemortan, a young Moldovan woman who was in Schettino’s company at the time of impact and was rumored to have been having an affair with the medallion-wearing captain.

The Concordia crashed as many of the 4,229 people from 70 countries on board were sitting down to dinner, and a delayed and chaotic evacuation saw some desperately throw themselves overboard into the dark sea as lifeboats ran out.

A total of 296 Filipinos were on board as crewmembers of the stricken 17-deck cruise ship.

The ship still lies beached on its side, its rusting frame dwarfed by towering blue cranes and a floating hotel for divers and salvage workers.

The vessel is due to be re-floated in an unprecedented operation, but technical difficulties have repeatedly hampered the salvage.

“The patience of the inhabitants has been stretched to the limit. A third summer season ruined by the salvage operation is unacceptable,” he said.

As he leaned on the harbor wall in the sun, fisherman Umberto Castelli said the island was overwhelmed by day-trippers who came just to gawk at the ship.

“I’m sick to death of the whole thing: sick of the boat, the journalists, the tragedy tourists,” he said with a grimace, while 40-year-old waitress Giovanni said: “I don’t believe in the salvage anymore. They’ve been mocking us.”

“The ship is rotten. As soon as they touch it, it’ll break up,” she said.