BBM: South China Sea issue keeping me ‘up at night, day, most of the time’ | Global News

BBM: South China Sea issue keeping me ‘up at night, day, most of the time’

MANILA, Philippines — President Ferdinand “Bongbong” Marcos Jr. on Thursday (Wednesday in Davos, Switzerland)  said the South China Sea dispute “keeps him up at night, at day, and most of the time.”

During a dialogue with World Economic Forum President Borge Brende in Davos, Marcos was asked if the South China Sea situation keeps him up at night, to which he responded: 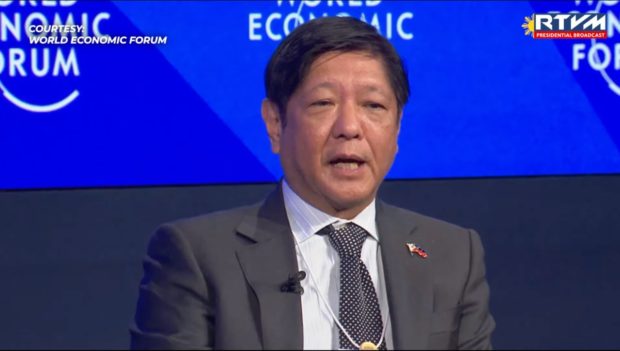 “It’s very dynamic, it’s constantly in flux, so you have to pay attention to it and you are at least aware of the present situation so you’re able to respond properly,” Marcos added.

He explained that the Philippines is “at the very frontline” in cross-trade tensions between China and the United States.

“Whenever these tensions increase, we’re watching as bystanders and if something goes wrong here, we are going to suffer,” the President said.

This is why the Philippines’ foreign policy is a “commitment to peace” and is guided “very, very closely by national interest,” Marcos said. 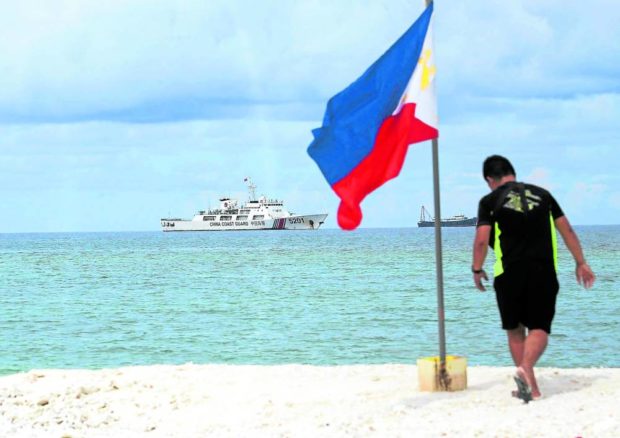 A Philippine Navy sailor plants a Philippine flag on Sandy Cay during a visit on June 26, 2022.
A Bloomberg report says China is reclaiming land at this sandbar near Pag-asa Island and at
three other maritime features in the South China Sea. (INQUIRER / MARIANNE BERMUDEZ)

Asked if he brought up the issue during his visit to Beijing earlier this month, Marcos said he did since “there’s no way to avoid it.”

“We described it in diplomatic language as one part of our relationship but it is an important and unavoidable issue. We cannot just sweep it under the rug and pretend it’s not happening,” the President said.

“It is unavoidable to speak about that. I would not be doing my job if I did not bring up these issues with President Xi when I had the opportunity,” he added.

The Philippines and China are at odds over the South China Sea, with Beijing claiming sovereignty over the area despite a ruling by the Permanent Court of Arbitration at The Hague that its claims have no legal basis.

Last month, the Department of National Defense ordered the military to strengthen its presence in the South China Sea after monitoring “Chinese activities” in disputed waters close to a strategic Philippine-held island.

The Philippines and China reached a consensus on the peaceful resolution of South China Sea disputes after Marcos and Xi held an “in-depth” and “candid” discussion on the contested South China Sea during the former’s state visit to Beijing.