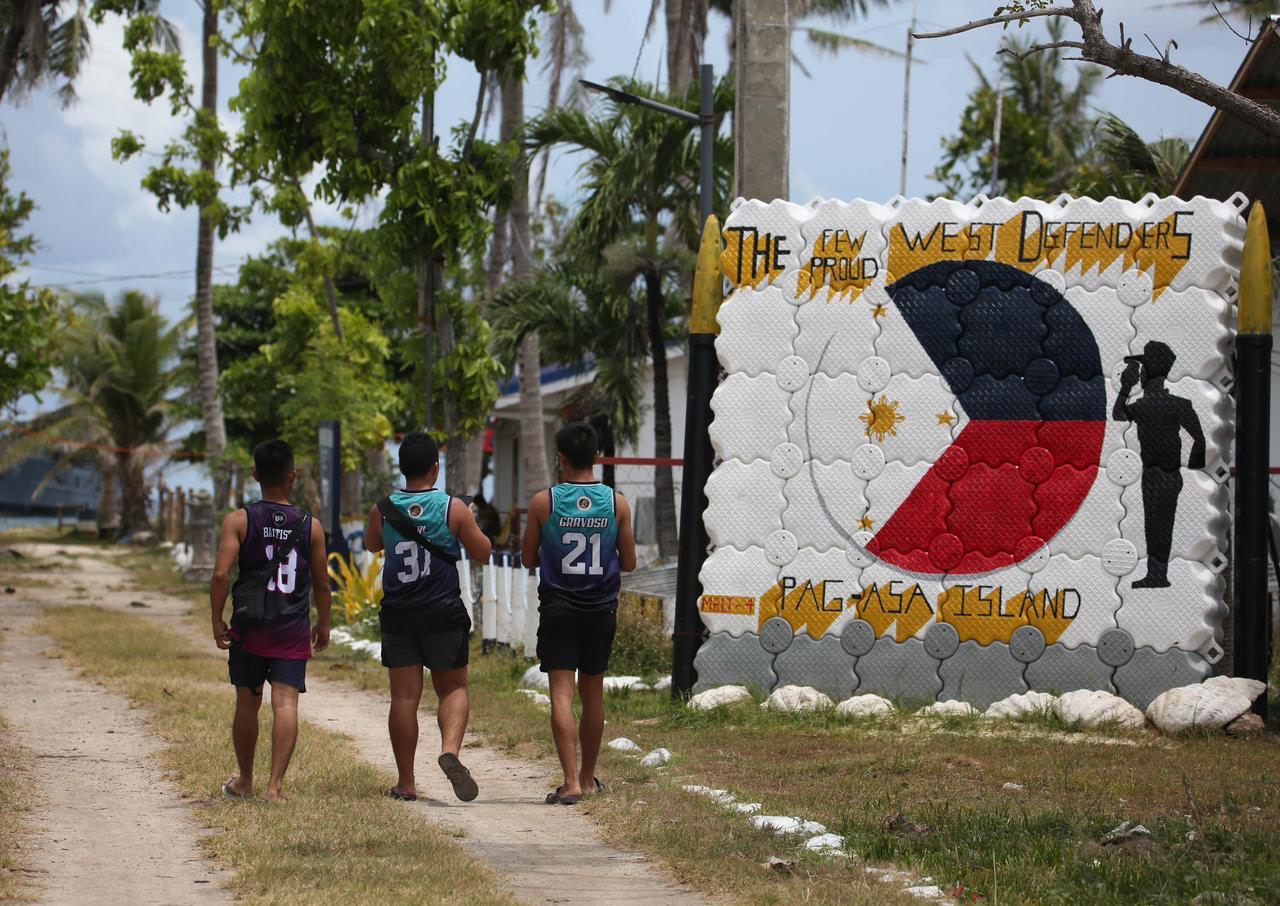 MANILA, Philippines—A series of blasts was heard by residents of Philippine-occupied Pag-asa (Thitu) Island in the West Philippine Sea on Sunday (Nov. 20), powerful enough to jolt the ground as it rippled across the island.

A report from local police said “the repetitive sounds” were believed to come from “artillery guns/weapons” from Chinese-held Zamora (Subi) Reef, one of the biggest out of seven man-made islands built by Beijing in the Spratly Islands, some 26 kilometers away. But at least two officials who spoke to the Inquirer on condition of anonymity said the source of the loud blasts, which were heard from 11:30 a.m. to 3 p.m., was still being verified.

“The blasts were not here, but we felt the jolt,” said a resident of Pag-asa.

The blasts came two days ahead of the visit of US Vice President Kamala Harris to Palawan, the island province near the disputed South China Sea, where China had built military facilities on artificial islands.

Pag-asa, some 480 kilometers from Palawan’s capital Puerto Princesa City, is the largest of the nine features occupied by the Philippines in the Spratly Islands. It is a fifth-class municipality in the Kalayaan Island Group with about a hundred civilian residents.

The blasts on Sunday occurred a few hours after a sea encounter between the Philippine Navy and China Coast Guard (CCG) near the island.

As the Filipino sailors towed the debris to the island, a Chinese coast guard ship with bow number 5203 blocked their path twice and launched one of its rubber boats to “forcefully” take the debris by cutting the cable line connecting it with the Philippine Navy boat. The Filipinos were unable to retrieve the debris from CCG and headed back to the island without it.

The Filipino sailors were unharmed, Carlos said. However, the harassment has been reported to the National Task Force on the West Philippine Sea “for appropriate action.”

Harris’ visit to Palawan on Tuesday wraps up her three-day trip to the Philippines. She is expected to underscore America’s commitment to upholding the rules-based international maritime order in the South China Sea. She is the highest-ranking US official to visit the island province.

“She’ll reaffirm our defense commitments under the Mutual Defense Treaty with the Philippines and our support for the 2016 arbitral ruling that rejected China’s expansive maritime claims,” a US administration official told reporters on Sunday evening shortly after Harris arrived in Manila.

She is scheduled to board one of the Philippine Coast Guard’s giant ships tasked with patrolling the West Philippine Sea, the BRP Teresa Magbanua, and deliver a speech after a briefing on maritime security operations in Palawan. She will also meet with fishermen and villagers to show support for maritime livelihood and countering illegal, unregulated, and unreported fishing.

Harris, who arrived in Manila on Sunday evening, a few hours after the blasts and encounter, will also meet with President Ferdinand Marcos Jr. and Vice President Sara Duterte in Manila on Monday (Nov. 21).

Throughout the visit, Harris is expected to launch a wide range of initiatives to strengthen partnership with the Philippines across various issues, including climate action, energy and food security, digital economy, health, and maritime cooperation, the US official said.