With Philippines visit US VP Harris seeks to reset relations 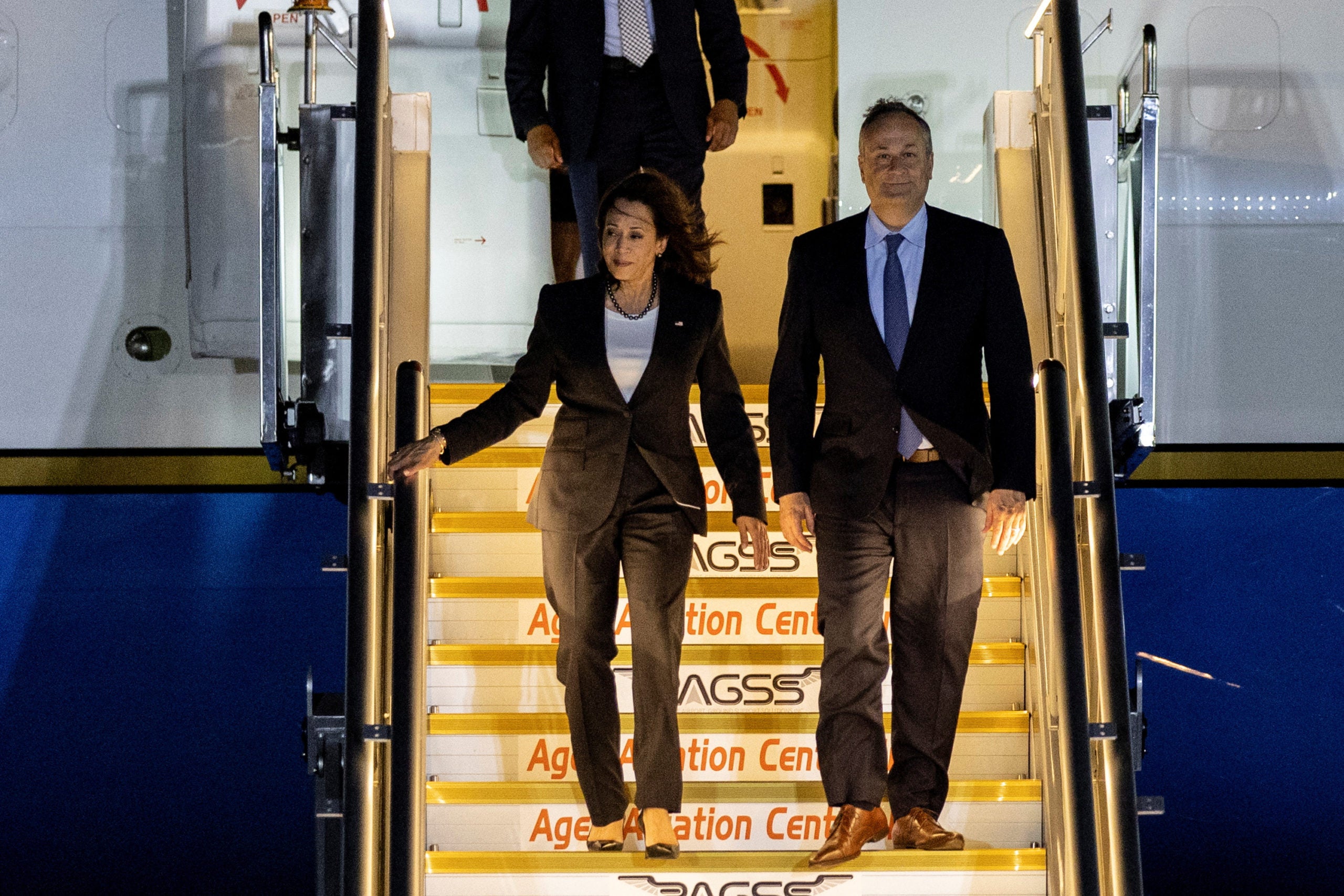 WASHINGTON — U.S. Vice President Kamala Harris arrived in the Philippines on Sunday for talks aimed at reviving ties with the former U.S. colony, an Asian ally that is central to U.S. efforts to counter China’s increasingly assertive policies towards Taiwan.

Harris, who will meet President Ferdinand Marcos Jr., visits the region as the Biden administration seeks to shore up relations with allies worried about growing Chinese influence in Southeast Asia and possible conflict over Taiwan, the self-governing island China regards as its own.

The Philippines is an important part of this diplomatic push. Military access to the country, just 120 miles (193 km)from Taiwan and adjacent to the South China Sea, would greatly complicate any attempt by China to invade Taiwan, according to military analysts.

In Marcos, son and namesake of the Philippines’ onetime dictator, President Joe Biden and his national security aides see a strategic and strong ally for its top foreign policy challenge – competition with China – according to administration officials.

“It makes sense to invest high-level attention to restore deepened cooperation across the board with this youthful, populous, prospering, and strategically located ally,” said Daniel Russel, the top U.S. diplomat for East Asia under former President Barack Obama and now with the Asia Society.

Earlier, Harris said she had told China’s President Xi Jinping, whom she met on Saturday at the APEC summit in Thailand, that Washington did not seek confrontation with China.

“We welcome competition but we do not see conflict, we do not seek confrontation,” Harris told a news conference in Bangkok before leaving for Manila.

Her visit will be the highest-level trip to the Philippines by an administration official and marks a sharp turnaround in relations.

Marcos’ predecessor, Rodrigo Duterte, frustrated Washington with a strongman approach, perceived closeness to Beijing and a bellicose tone that included appearing to call Obama a “son of a bitch”.

With Marcos in office, the Biden administration is attempting a reset.

Biden called Marcos the night after his victory was announced, largely avoiding thorny issues, to send a congratulatory message, according to a person familiar with the call. 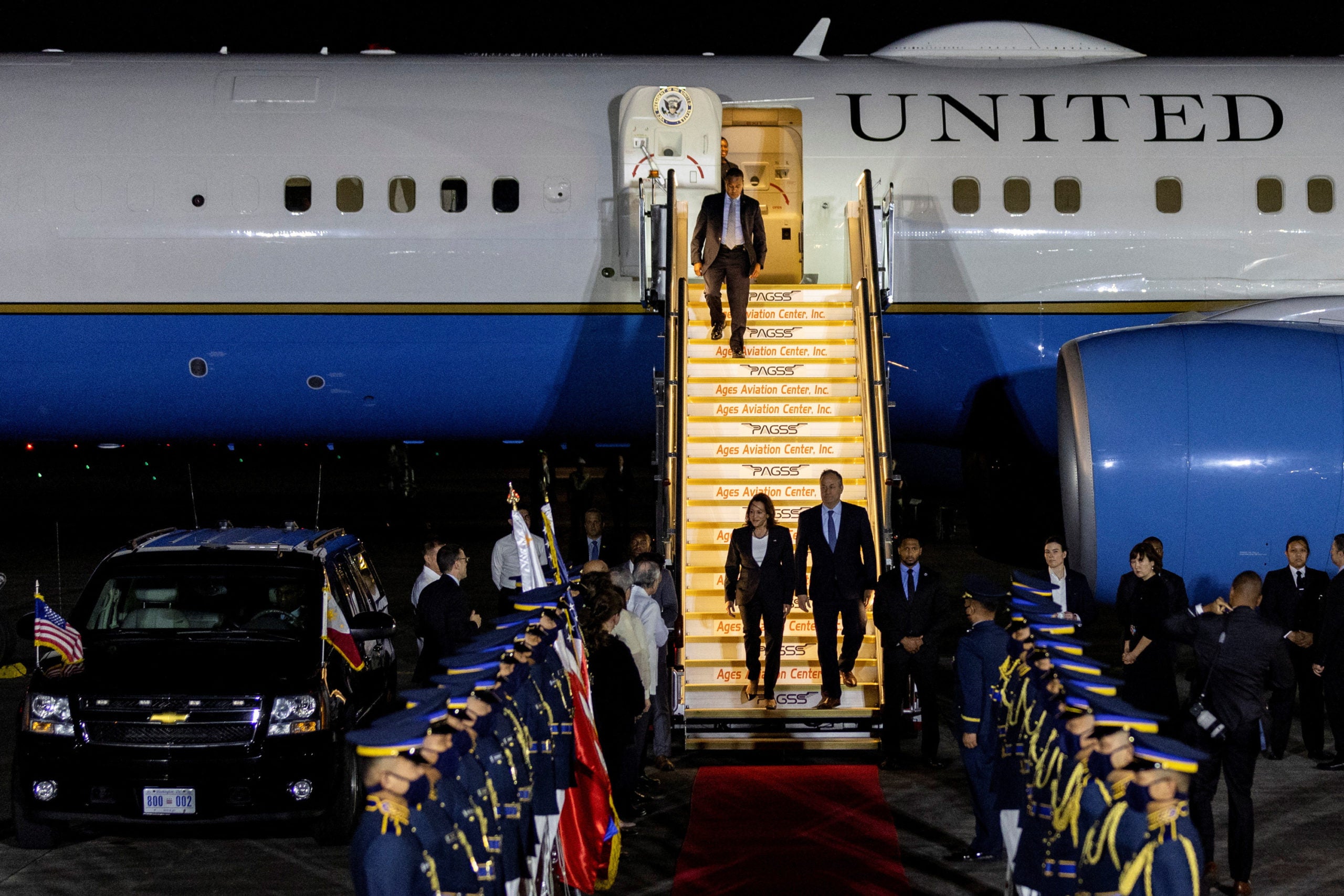 Biden also dispatched Harris’ husband, Doug Emhoff, to Marcos’ June inauguration with a personal, signed letter where he said he looked forward to welcoming Marcos to the United States, according to a U.S. official.

The leaders are expected to discuss both Taiwan and the South China Sea as well as share notes on Marcos’ Thursday meeting with Xi and Biden’s with the Chinese leader on Monday.

“The U.S. is not taking us for granted,” said Manila’s ambassador to Washington, Jose Manuel Romualdez. “Marcos, of course, is responding to this in a manner that shows the U.S. that we are your friends.”

In Asia, the United States faces challenges in building a coalition to deter Chinese action against Taiwan. Many countries in the region are reluctant to antagonize their giant neighbor, which is not just a military power but also a key trading partner and source of investment.

While Washington is integrated with Japan’s and South Korea’s militaries and economies, it faces more skepticism of its China strategy among Southeast Asia’s diverse voices.

In response, the Biden administration has taken a range of steps, including hosting ASEAN leaders at the White House for the first time ever in May, and asking Congress for $800 million in 2023 spending in the region.

Biden himself has visited the region, with stops in Cambodia and Indonesia.

Harris will send a pointed symbolic message to China on Tuesday when she meets members of the Philippines’ coast guard in a Palawan province island city at the edge of the South China Sea.

Beijing claims some territories in the waters off Palawan and much of that sea, which is believed to contain massive oil and gas deposits.

Washington is investing millions to help modernize the Philippine military, but the country has not committed to supporting any U.S. intervention in a conflict over Taiwan.

Romualdez said in September that the Philippines would only offer assistance “if it is important for us, for our own security.”

“Any overt campaign planning against China, planning for Taiwan, is still very sensitive,” said Randall Schriver, a former U.S. assistant secretary of defense. “All of that has to be navigated carefully.”

Arsenio Andolong, a Philippine defense department spokesman, said there was no reason for China to fear Harris’ visit.

“We have no engagement with her during her visit,” said Andolong. “So there should be no reason for any of our neighbors to feel threatened.”