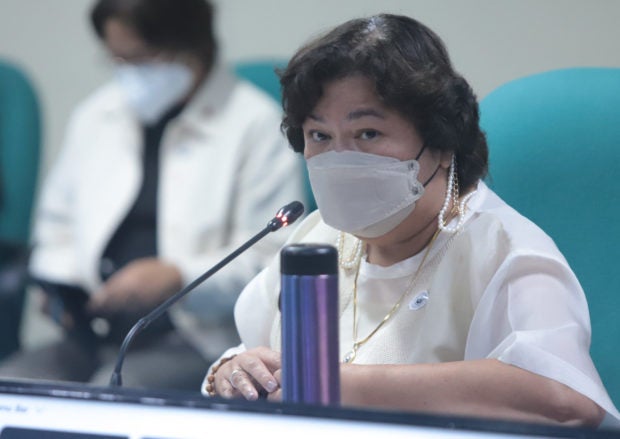 MANILA, Philippines — The government of the Kingdom of Saudi Arabia has pledged to give 2 billion Saudi riyals or P30.5 billion to settle the unpaid salaries of overseas Filipino workers (OFWs) in the kingdom.

Susan Ople, secretary of the Department of Migrant Workers, made the announcement on Friday, adding that the amount would be given to 10,000 displaced OFWS.

Migrant Workers Undersecretary Hans Cacdac said they would announce in the coming days the details such as the amount, channel of payment, and number of beneficiaries.

Cacdac said there were around 12,000 repatriated OFWs from Saudi Arabia in 2016, when the kingdom was hit by a financial crisis that forced companies to file for bankruptcy, resulting in the loss of jobs for thousands of Filipino workers.

One of the expected beneficiaries is Luisito Monroy, who used to work at the construction company Saudi Oger as a decorative painter. For the last six years, he hasn’t had a permanent job, jumping from one part-time work to another.

“It’s harder now because my wife just had a stroke” he admitted.

Monroy expects to get P300,000 as unpaid compensation for his six years of service to the company. He plans to use the amount for the medical treatment of his wife and for the repair of his tricycle so he can eke a living.

Manolito Estrella, who worked in the same company for more than 20 years expects to get P2.7 million.

While the displaced OFWs wait for their money claims to be satisfied, the agency launched a job fair for 17,000 overseas and local jobs at Starmall Edsa-Shaw, Mandaluyong City. The job offerings were from the Middle East (Qatar, Kuwait, Bahrain, Saudi Arabia and the United Arab Emirates), Oceania, (Australia and New Zealand), Asia (Brunei, China, Japan, Hong Kong, Malaysia, Singapore), Europe (Croatia, Germany, and Hungary), Morocco and the Cayman Islands.

While many were happy to get a new job, Monroy unfortunately was not since at 56 years old he was already considered “too old” by some companies. Monroy was repatriated in 2015 when he was 49 years old. Some companies have set an age limit of 45 to 50.

“There’s nothing I can do if I can’t go back [to Saudi Arabia]. It’s sad, like now, I don’t make any money, I don’t have a job. That’s my reality” Monroy conceded.

Displaced OFWs like Monroy said claiming their unpaid compensation is their last hope to live a better life. But for now, they have no choice but to just wait and make do with what little they have.