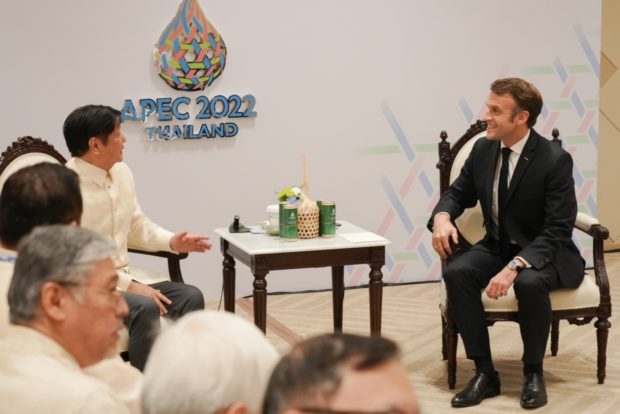 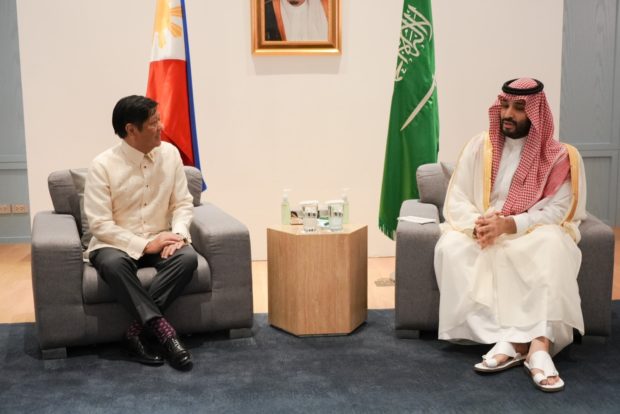 Following the Marcos’ discussion with Saudi Arabia, the Kingdom pledged to shoulder the unpaid compensation of around 10,000 overseas Filipino workers who were employed in construction firms there that went bankrupt in 2015 and in 2016.

The two leaders likewise talked about energy as Saudi Arabia is the largest oil producer globally. Marcos noted that the foreign nation helped the Philippines when the latter had an oil crisis in the 1970s and 1980s.

(Maybe we can appeal for help again.)

Meanwhile, Marcos described his meeting with Macron as “very extensive and quite productive.”

The two presidents’ discussion focused on agriculture, energy, and defense, according to the Office of the Press Secretary (OPS).

“[President Marcos] said he engaged Macron to talk about energy because France is a leading proponent of nuclear energy and its experience is quite extensive, which the Philippines could rely on if it goes ahead with a partnership on nuclear energy,” the OPS shared.

Marcos is participating in the Apec Summit and will return to the Philippines on Saturday, November 19.