PH to resume deployment of workers to Saudi Arabia in November 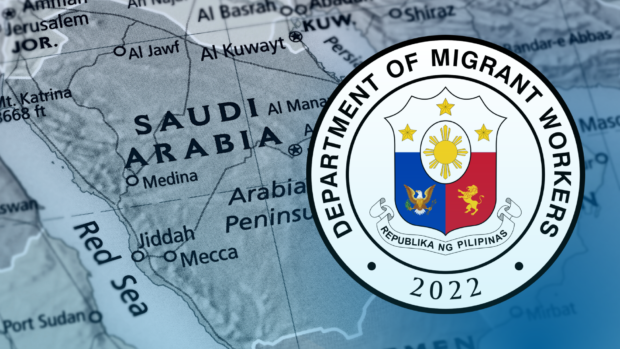 MANILA, Philippines — Department of Migrant Workers (DMW) on Tuesday announced that the country will resume the deployment of Filipino workers to the Kingdom of Saudi Arabia in November.

According to DMW Sec. Susan Ople in a statement, both the Philippines and Saudi Arabia agreed to resume the deployment by “the first week of November.”

“We are grateful to Minister Al-Rajhi and the government of Saudi Arabia for sharing our concern for the rights of our workers. Likewise, we intend to move forward by working together on implementing mechanisms that would ensure the protection of our workers’ rights and welfare,” DMW Secretary Susan Ople said in a statement.

Both nations, said Ople, have also committed to a joint partnership against trafficking of migrant workers.

“There was a trailblazing convergence of concrete ideas and measures on how best to protect our OFWs while at the same time, deepening the ties between the two countries,” Ople said.

She then thanked the Department of Foreign Affairs and the Philippine Embassy in Saudi Arabia for their “indispensable guidance and support” during the bilateral discussions.

“We followed the President’s directive to work as a team and for the DFA and DMW to speak with one voice,” Ople said.

Meanwhile, in a joint statement, the DMW and the MHRSD said it both have reached a consensus to undertake the following: