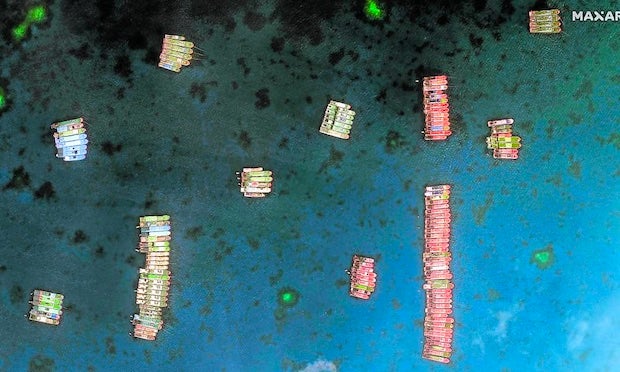 MANILA, Philippines— The incursion of Chinese vessels into Philippine waters has remained unabated, with the government already filing 48 diplomatic protests against Beijing over the aggressive behavior of its ships in the West Philippine Sea since President Ferdinand Marcos Jr. took office in June, according to the Department of Foreign Affairs.

China claims almost the entire South China Sea, although the Philippines, Vietnam, Taiwan, Brunei, and Malaysia have overlapping claims. The Permanent Court of Arbitration in The Hague had ruled in 2016 that Beijing’s nine-dash line and historic rights claims were invalid, a decision Beijing refused to acknowledge.

Defense Undersecretary Angelito de Leon said in the same hearing, “The current situation in the West Philippine Sea remains to be worth looking into because there are certain concerns on security.”

“In broad strokes, the swarming incidents continue,” he noted.

He added that they were also “leveraging our alliances with our partners and allies in conducting exercises to increase our capabilities.”

The acquisition of more ships, planes and monitoring equipment through the military modernization program could raise their capacity for maritime patrols, he pointed out.

“We have limitations. We do not want to escalate the issue and go into a full-blown military confrontation because of the disproportionate use of force,” De Leon said.

“What’s the point of sending hundreds of hundreds of protests aside from, well, annoying both parties?” she asked the officials.

“It’s embarrassing when you keep on writing to them, only to be ignored. You lose your dignity and respect, and it doesn’t look good,” she said.

Ponce explained that filing protests was “an assertion of our rights under the United Nations Convention on the Law of the Sea and the 2016 Arbitral Award.”

Foreign Secretary Enrique Manalo agreed that filing diplomatic protests might not succeed on their own and needed to be backed by other means, such as consultations or even summoning a diplomat to convey displeasure.

“If we’re just going to rely on a protest note, the odds of anything happening are very rare. That’s why in addition to the notes, we have other ways of supplementing [such action],” he said.

“It’s not just record keeping. It’s because we need to prevent the principle of acquiescence. For example, we conduct monthly rotation and resupply missions in the BRP Sierra Madre and each time, China would block us, so we would protest and put on record that we object to this illegal action of China,” she said.

“If you commit a crime, on how many counts did you do it? That’s why we file numerous diplomatic protests,” she said.

Filipinos believe PH should trust US the most; China, Russia the least — survey