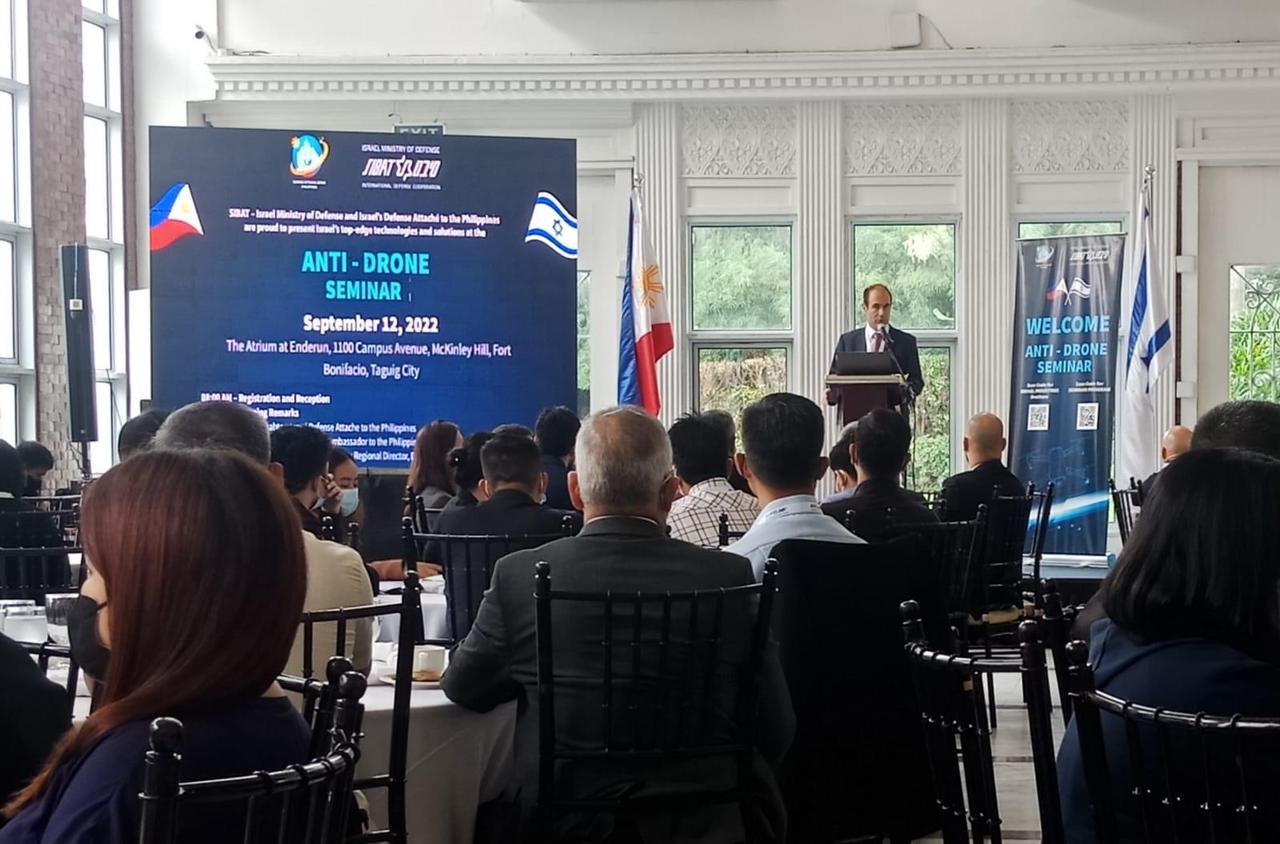 The Embassy of Israel in the Philippines hosted the first-ever Anti-Drone Seminar to present Israel’s top-edge technologies and solutions to their counterparts in the Philippines on the phenomenon of the growing threat of drones. ISRAEL EMBASSY

MANILA, Philippines — Israel hosted its first anti-drone seminar in the Philippines to discuss the growing threat of drones.

Raz Shabtay, the Israel defense attaché, said Israel wanted to share with the Philippines its best practices to counter small unmanned aircraft systems, or drones, in a bid to deepen the defense ties of both countries.

The training, which was attended by uniformed and other security agencies, was held in Taguig City on Monday.

“We identified a need for the Philippines. We got a request from different institutions, including the [Armed Forces of the Philippines] mainly … It’s not like out of the blue that we decided to hold a seminar. Instead of sending people from the Philippines to Israel, we decided to bring here our top edge defense industries to present a solution,” he said.

Israel has been a significant player in the military modernization program, with the successful sales of Shaldag fast attack boats, Hermes unmanned aerial vehicles, and Atmos 155mm howitzer, among others, through government-to-government deals.

It prides itself on having “experienced proven solutions” to deal with drone threats.

Palace defends use of US drones in PH