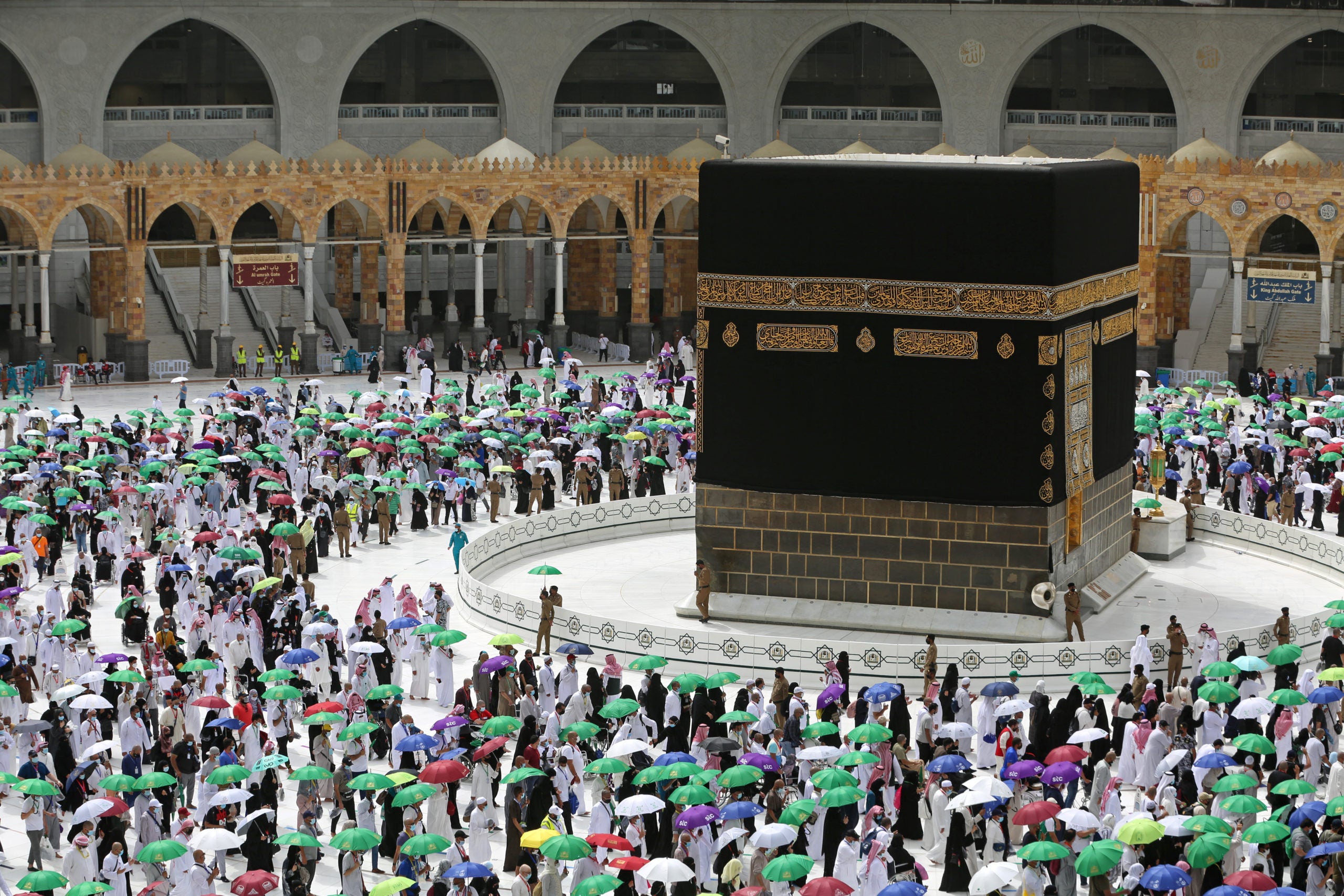 (FILE) Worshippers perform the farewell tawaf (circumambulation) around the Kaaba, Islam’s holiest shrine, at the Grand mosque in the holy Saudi city of Mecca on July 22, 2021, marking the end of this year’s Hajj. (Photo by AFP)

MANILA, Philippines — Filipino Muslims who will be performing the Hajj pilgrimage to Saudi Arabia may get walk-in accommodations for their passports at the courtesy lane of the Department of Foreign Affairs (DFA) in all consular offices nationwide.

The courtesy lane for Filipino Muslims will be available from May 23 to June 3, ahead of the Hajj in July.

“DFA will assist Muslim Filipinos who will make the Hajj pilgrimage this year get their regular passports through the Courtesy Lane. Like I told you, we find ways,” said DFA Secretary Teodoro Locsin Jr. on Twitter Sunday.

DFA will assist Muslim Filipinos who will make the Hajj pilgrimage this year get their regular passports through the Courtesy Lane. Like I told you, we find ways. @dfaoca pic.twitter.com/N4ugVh6I9Z

According to the DFA, an individual must present a Certificate of Muslim Filipino Tribal Membership issued by the National Commission on Muslim Filipinos to be qualified for the courtesy lane accommodation.

The agency advised applicants that documentary requirements for passport issuance must be complied. The list of requirements is available on the DFA’s website.

Saudi Arabia earlier said that it will allow 1 million Hajj pilgrims to participate this year.

The Hajj pilgrimage is one of the five pillars of Islam wherein it must be undertaken by Muslims who have the means at least once in their lives.