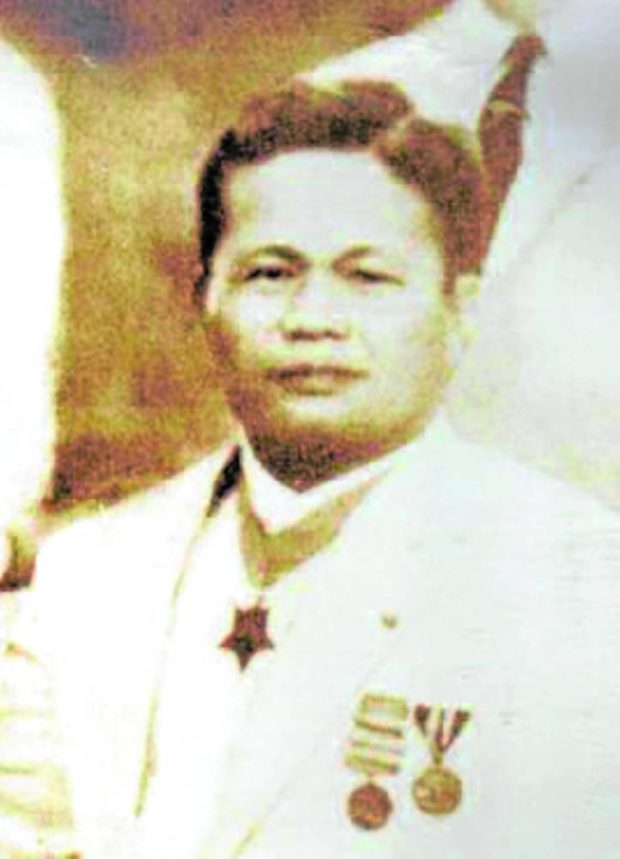 MANILA, Philippines — A future guided-missile destroyer of the United States Navy will be named in honor of a Filipino sailor who rescued two crew members when their ship caught fire more than a century ago.

US Secretary of the Navy Carlos del Toro announced on Thursday that its 139th Arleigh Burke-class destroyer will be named USS Telesforo Trinidad after Fireman Second Class Telesforo Trinidad, the only Filipino-American to get a Medal of Honor on April 1, 1915.

Trinidad was awarded the US government’s highest and most prestigious military decoration for his heroic act of saving two shipmates when boilers of the armored cruiser USS San Diego exploded while cruising the Gulf of California on Jan. 21, 1915.

“My first time learning about Petty Officer Trinidad’s story was as a midshipman at the Naval Academy and since being sworn in as secretary, I have wanted to honor his heroic actions by naming a ship after him,” Del Toro said.

At 15, he delivered lunch boxes to laborers at a shipyard in Sangley Point in Cavite and he met the owner of a ferry boat, who took him under his wing and taught him how to operate his boat’s engine, which made regular trips between Cavite and Manila. By the time he reached 18, he enlisted in the US Navy.

The contract for the construction of USS Telesforo Trinidad was awarded in 2018, to be built by major US shipyard Bath Iron Works, a subsidiary of General Dynamics.

The campaign to name the US Navy ship after Trinidad was initiated in 2020 by the USS Telesforo Trinidad Campaign (USSTTC), a US-registered nonprofit.

Before the naming of USS Telesforo Trinidad, no US Navy ship has been named after a sailor of Filipino descent, even though thousands of Filipinos served in the US Navy for the past 120 years, according to USSTTC.

“Filipinos and Filipino Americans have waited over 107 years to see this watershed moment happen. We realize that building grassroots and ground swelling support is the key to sustain momentum in convincing Honorable Secretary Del Toro to make this seminal decision,” said Nonie Cabana, a retired US Air Force colonel who is also the USSTTC’s executive director.

“Naming a ship after Trinidad sends a strong message that America embraces diversity, equity and inclusion. The old and new generations of Americans of Filipino descent who served and continue to serve our military would keep their heads raised high knowing their contributions are embodied through the USS Telesforo Trinidad,” said USSTTC chair Ronald Ravelo, a retired US Navy captain who is the first Filipino-American to command a nuclear-powered aircraft carrier, the USS Abraham Lincoln.

The Secretary of the Navy names US Navy ships, under the direction of the US president and in accordance with rules prescribed by Congress.

Kin of Filipino hero seek return of US war medal