India vows to work with PH to strengthen armed forces 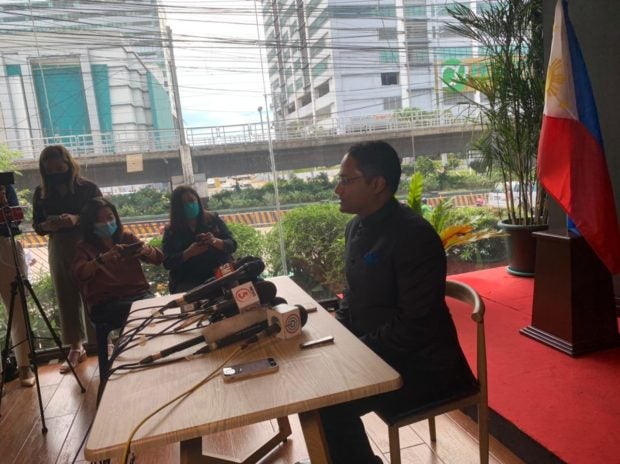 MANILA, Philippines — The Indian government vowed Monday to work with the Philippines in strengthening the latter’s armed forces’ capabilities.

Among those tackled during the visit, Kumaran said, was the commitment to continue the “excellent bilateral relations” between the two countries.

“We requested his continued support for the development of excellent bilateral relations between India and the Philippines,” Kumaran said in a press briefing.

“We’ve been having excellent progress over the past few years and we look forward to continuing the progress and dynamism under the new administration,” he added.

In January this year, the Philippine government has awarded a $374-million (P19 billion) contract to India to equip the Philippine Navy with the world’s fastest supersonic cruise missiles.

“India would like to work with the Philippines towards capacity-building and capability development of the Philippines’ armed forces and we do believe that under the modernization program of the Armed Forces of the Philippines, there are potential areas where Indian companies can be competitive,” Kumaran said.

“We will work closely with the Philippine armed forces and the [Department of National Defense] to take forward this partnership in the new administration,” he added.

Similar to the Philippines, India has its own territorial dispute with China.

Kumaran said China was not mentioned during the meeting between him and Marcos Jr.

“Our discussion today was on the bilateral relationship. We had a very wide ranging discussion as I said on a lot of priorities of the president focusing on development in the Philippines,” Kumaran said.

“I briefed him about the successes of digital governance in India, and of course health, agriculture, so the focus of the discussion was on the bilateral relationship and we did not have any discussions about other aspects,” he added.

Meanwhile, Kumaran said India is also “one of the strongest partners” of the Philippines in the health sector, particularly in the fight against the coronavirus pandemic.

“A lot of the pharmaceutical products, a lot of the vaccines to the Philippines come from India. During COVID-19, we witnessed strengthening of this partnership,” Kumaran said.

“Indian companies are looking forward to strong engagement and I think in the new administration, we will carry forward the dialogue with the view to creating domestic capacities in the pharma sector to contribute to the health security of the Philippines,” he added.