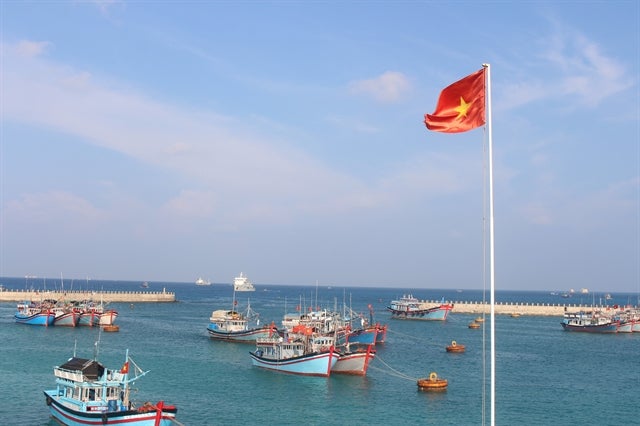 The head of the government spoke at a meeting on Sunday during his fieldwork trip to the locality.

The province’s report showed that in 2021 Khánh Hòa achieved some positive results with 13 out of 21 targets meeting or exceeding the plan. Budget revenue reached more than VNĐ14 trillion, 2 percent higher than forecast.

However, the province missed eight out of 21 socio-economic development targets while the adaptability and resilience of the economy are still low and the economic structure is unbalanced and not sustainable.

According to delegates at the meeting, Khánh Hòa is an important locality with great potential and benefits, however, it has not fully tapped its ocean economy and the province needs to improve planning, using resources to develop infrastructure and develop the Vân Phong Economic Zone.

PM Chính said that Khánh Hòa Province has a strategic and important position in terms of national defense and security. It has great potential and advantages for socio-economic development to become a centre in South Central Coast and Central Highlands regions.

The province has both sea, plain and mountainous areas with three bays. It is the gateway of the Central Highlands to the sea and has a transportation system including road, rail, and aviation.

It also has a long coastline, a continental shelf, and a large territorial sea with nearly 200 large and small islands, including the sacred Spratly archipelago of the country.

However, Khánh Hòa’s development has not yet been commensurate with its potential and strengths. The cooperation with localities in the South Central Coast and Central Highlands regions is still limited while investment capital for transport infrastructure is still low and inconsistent, the PM said.

It must first focus on fisheries logistics, stabilizing long-term life for people on the island district and strengthening national defense and security at sea.

PM Chính also asked Khánh Hòa to coordinate with ministries and agencies to focus more on planning work. The planning must have a strategic and long-term vision and make full use of the potential and competitive advantages of the province while creating new opportunities for growth.

The province must ensure socio-economic development goes hand in hand with the task of national defense and security protection.

It must also diversify resources for development, aiming to turn Khánh Hòa into a service, tourism, healthcare, science and technology center of the region.

The head of the government also ordered the province to enhance the capacity of civil servants while strengthening supervision and inspection, administrative reform, and improving the investment environment.

The province must also solve the limitations that have persisted for years including land management and personnel management.

Unlike PH, Vietnam’s ‘modest upgrades’ in Spratlys get no repulse from China

The great reset in the Spratlys dispute