Unlike PH, Vietnam’s ‘modest upgrades’ in Spratlys get no repulse from China |
Close
menu
search

Unlike PH, Vietnam’s ‘modest upgrades’ in Spratlys get no repulse from China 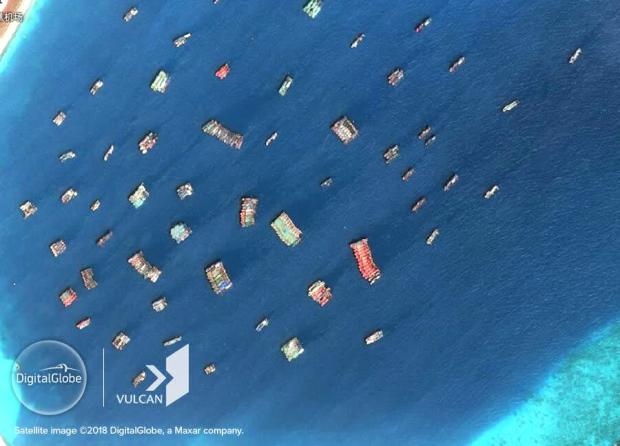 MANILA, Philippines — China showed no unusual resistance to Vietnam’s “modest upgrades” to its facilities in the Spratly Islands in the South China Sea contrary to how it responded to the Philippines’ rehabilitation efforts, analysts have observed.

Vietnam occupies 49 outposts spread across 27 features in the contested Spratly Islands, while the Philippines has 9.

“Vietnam continues quietly upgrading its facilities across the Spratlys, so far without provoking the same large-scale paramilitary response from China as Philippine upgrades have,” Washington think-tank Asia Maritime Transparency Initiative said in its latest report on the South China Sea.

China’s deployment of dozens of vessels around Pag-asa Island since last year was   largely attributed by security experts and even the Philippine military as a response to ongoing construction of a beaching ramp there.

The Philippines started to build a beaching ramp in its biggest outpost in the Spratlys in 2018. The long overdue repair of the runway will start after the construction of the ramp, which is expected in mid-2019.

More than 200 Chinese fishing vessels were spotted around Thitu for the first three months of 2019. The Philippine government recently filed a diplomatic protest over the incident.

The AMTI said some of Vietnam’s recent expansion include an extension of its runway and construction of hangars for its transport assets.

“It seems that regardless of external factors, whether amid negotiations and relative calm or tensions and threats of violence, Hanoi is committed to a steady but modest expansion of its capabilities in and around the Spratly Islands,” it said.

The construction efforts of the Philippines and Vietnam are not the same scale with China, which built massive artificial islands on shoals and reefs, topped with airstrips and missile defense systems.

“Hanoi’s upgrades seem geared toward expanding its ability to monitor and patrol contested waters and, especially in the case of its pillbox and DK1 platforms, improve living conditions and ensure it can resupply by air if necessary,” AMTI said.

The Philippines, China, Taiwan, Vietnam, Malaysia and Brunei have conflicting claims over the South China Sea, one of the world’s busiest waterways.

Among Asean claimants, Vietnam is the most vocal critic of China’s militarization of the South China Sea.

A UN-backed international arbitral tribunal ruled in July 2016 to invalidate China’s claim to nearly all of the strategic waters but Beijing refused to acknowledge the ruling.

President Rodrigo Duterte has played down the ruling as he sought economic and trade investments from China. /kga